Scandal: The Benghazi annex security team that fought on the building's rooftop to save its lives and those of others begs to differ with the House Intelligence Committee claim that there was no stand-down order. 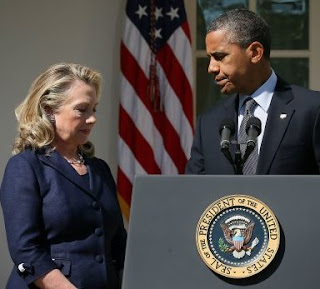 To say that Kris Paronto, Mark Geist and John Tiegen, three CIA contractors who on the night of Sept. 11, 2012, battled with terrorists from the roof of the CIA's Benghazi annex building, do not agree with conclusions of the House Intelligence Committee report released Friday is putting it mildly. In a tweet, Paronto called the report "a pile of crap."

South Carolina Republican Sen. Lindsay Graham was equally eloquent during an interview on CNN's "State of the Union," agreeing the report was "full of crap."

"I know Benghazi pretty well," he said Sunday. "I don't think that the report is accurate."

Neither do we, for it flies in the face of testimony from the three CIA operators and Gregory Hicks, U.S. deputy chief of mission in Libya, who were on the ground in Libya on that fateful night.

The report by the House Permanent Select Committee on Intelligence, chaired by Rep. Mike Rogers, R-Mich., said the committee "found no evidence that there was either a stand-down order or a denial of available air support." Yet Paronto and his teammates who were there tell a quite different story.

Paronto and Geist appeared on C-Span's Book TV on Saturday along with Tiegen, who remained off-camera. During the interview, a caller from Sanford, Fla., accused the trio — as Rep Adam Schiff, D-Calif., who sits on the committee, has done — of lying about what happened to boost sales of their book.

"Ma'am," Paronto said, "during the House Intel subcommittee I looked at Mike Rogers in the eye and I said, 'If we would have not been delayed, which we were delayed three times — (I have no doubt) that we would have saved the ambassador's life and Sean Smith's life.' "

Paronto added: "Why he came out with the report, I don't know what to tell you on that. You're going to have to ask him. What we said in the book is what happened on the ground, and that is the truth."

To believe the committee report, we'd have to believe Paronto, Geist and Tiegen are liars. Somehow we don't think so. "All we're going to do is keep telling what actually happened that night," Paronto told the C-Span caller. That's all we can ask, even if the old boy network in Washington is unwilling to listen.

To completely disregard the statements from the security team that was actually involved in the conflict provides evidence of the accuracy and honesty of the House Intelligence Committee report. Something really, really stinks here.