Daniel Horowitz, writing at Conservative Review, has an entire "Top 10" list. I picked out the five most diabolical fabrications: 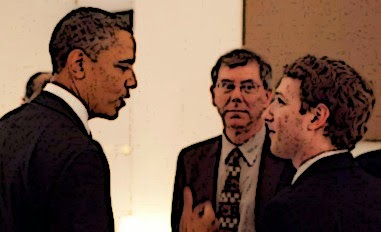 Lie #4: Only 5 Million: Make no mistake about it. Obama’s illegal amnesty will not just apply to 5 million individuals. It will apply by default to all 12-20 million illegals in the country as well as the millions more who will now come here to enjoy the permanent cessation of borders and sovereignty. Given the numerous options for people to become eligible for amnesty, ICE and CPB will be restricted from enforcing the law against anyone because each individual has to be afforded the opportunity to present themselves and apply for status. There is no way those who were here for less than 5 years will be deported and there’s no way the new people rushing the border and overstaying their visas will be repatriated.

Lie #3: It does not grant citizenship or the right to stay here permanently: Under the royal edict, the work permits can be renewed every three years, and most likely, they will be renewed at the same 99.5% acceptance rate as DACA applications. And once they get Social Security cards, they are going nowhere. So yes, this is permanent. And yes, they will be able to get green cards, which puts them on an automatic path to citizenship: “we are reducing the time that families are separated while obtaining their green cards. Undocumented immigrants who are immediate relatives of lawful permanent residents or sons or daughters of US citizens can apply to get a waiver if a visa is available.”

Lie #2: Illegal Immigrant Crossings are Down: Actually, this is the third straight year that border crossings have gone up, not to mention the entirely new wave from Central America.

Lie #1: Every President has Taken Executive Action on Immigration: No other president has ever issued an amnesty of anywhere near this scope, created it out of thin air, or built it upon a prior executive action instead of a statute. And in the case of President Eisenhower, his executive action was to deport 80,000 illegal immigrants.

There is only one rational response to a tyrannical president.

If Obama has one trademark- it is his ability to say one thing and do exactly the opposite. I never pay attention to any of the drivel that comes out of his mouth- I think the rest of the country is catching on.

The focus on what Obama is doing illegally is the wrong focus.

Rather, the focus should be on the GOP hacks hogging the party leadership positions who are too inept and cowardly to stop this maniac from destroying our way of life -- and our collectively willingness to tolerate an incredible, pathetic asshole like John Boehner as GOP house speaker for three -- THREE! - terms.

So now that the GOP elects Boehner again (with a guarantee of his failure and cowardice,) what do they do for an encore? Elect the pathetically untelligenic and wishy-washy McConnell as head of the landslide-installed GOP Senate. And why? - because he was there longest, like Boehner! Holy Shades of McCain and Bob Dole!

The real problem plaguing GOP voters is GOP voters. If you're of the GOP base, the question you have to ask yourself is how much more are you willing to tolerate from the GOP to risk your freedom and way of life?

"If Obama has one trademark- it is his ability to say one thing and do exactly the opposite."

Well, all indications are that he was raised as a Muslim. Is it any wonder that he learned to behave like one?