The inimitable Nice Deb collates all of Obamacare architect Jonathan Gruber's greatest hits ("Remember that golden oldie, 'You're So Stupid'?"). The leftist crackpot was the recipient of $400,000 of wealth redistributed from you, confiscated solely for the purpose of nationalizing one-sixth of the U.S. economy.

Without further ado, may I present the eight funniest Gruberisms? 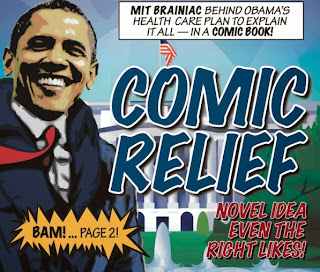 8 "The stupidity of the American voter is exceeded only by its slovenliness."

7 "P.T. Barnum said a sucker is born every minute, but his estimate was laughably low."

6 "Exploiting the stupidity of the American voter is fun and easy: kinda like squeezing a lemon."

5 "If any American really believes that Obamacare is going to control costs, I've got some real estate in Whitewater, Arkansas I'd like to sell them."

4 "Are you really questioning the wisdom of central planning? Because the happy citizens of Cuba and North Korea beg to differ."

3 "When we're done with employer-based health insurance, it will have as much life in it as Jimmy Hoffa."

2 "The typical American voter is so stupid, his dog teaches him tricks."

1 "Your mama so stupid, she thinks a quarterback is an income tax refund."

Now these aren't word-for-word quotes, I'm paraphrasing. Consider it artistic license, like the kind Democrats used to jam the Obamacare crap sandwich down the collective throat of the citizenry.

Oh, and Power Line has an interview with Richard Weinstein, the man who carefully sifted through Gruber's speeches and public comments, a task far too difficult for ABC, CBS, NBC, The New York Times and The Washington Post.

Which highlights the lack of a role for a "media" that act collectively as the public relations arm for the Oligarchs.

How long will it be before Eziekiel (Mengele)Emmanuel declares Gruber a 'useless eater' and has his medical care ended?