Starting Over: A black woman who sold cake at flea markets to save enough money to open her own shop saw it vandalized and looted by those who claim white cops are the major problem facing black America. 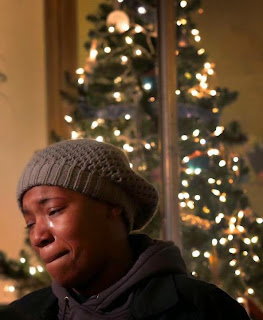 Natalie Dubose's Ferguson, Mo., business, Cakes & More, barely survived the arson, rioting and looting that followed a grand jury's not indicting officer Darren Wilson in the shooting of Michael Brown. Her tears then turned to sweat as she struggled to fill Thanksgiving cake orders just as she labored to build her business from the ground up.

President Obama once famously told people such as Dubose that she "didn't build that," and that she was the mere beneficiary of a benevolent government and its social engineering.

Well, she did build that, and no one from the government helped her bake her cakes or rebuild her business after rioters smashed one of two large windows and damaged her baking equipment.

"If I can't open my doors in the morning, I can't feed my kids in the evening," Dubois told CNN over the weekend and before the Monday verdict and the subsequent rioting.

"Just don't burn my shop down, don't destroy it," she pleaded before looters decided to "protest" the grand jury's decision not to indict Wilson, who confronted Brown after a strong-armed robbery of Ferguson Market & Liquors.

Ferguson Market & Liquors was again a target Monday night as looters, whom some have dubbed undocumented shoppers in a bit of gallows humor, ran in and out, knocking over a Fox News camera in the process as they clutched pilfered bottles of vodka and bourbon, trophies of their fight against social injustice and the perceived bigotry of their oppressors.

This time, as she returned to board up her shop and see what she could do, white racist America came to her aid with two GoFundMe campaigns raising more than $90,000 to help Dubose repair her shop.

Celebrities Patricia Heaton and Brandi Glanville urged their Twitter followers to help and they did. It's not known whether Al Sharpton contributed, or even knows who Natalie Dubose is.

"I am a single mom, a mother of two," Dubose told CNN Money. "This is everything I own; I can't walk away from it. I just got to start up and start baking again."

About 25 Ferguson businesses were burned Monday night, most of them minority-owned. They were started in the face of the real problems facing blacks in America — rising illegitimacy, crime, poverty and lack of education, and a war on poverty that succeeded only in destroying the black family as it subsidized a culture of dependency on government.

Dubose refused to be a victim of crime or culture and still refuses, even as those from President Obama and Attorney General Eric Holder to Jesse Jackson and Sharpton seek to stoke the flames of racial division and the culture of victimhood.

Dubose is a real leader of the black community, someone who is the rightful heir of the marchers on that bridge in Selma, Ala.

Like Martin Luther King, she has a dream too.

If you're ever in Ferguson, Mo., there's a cake shop we'd like to recommend.

And you know, it will be the generosity of white people and the goodness of friends that will help this lady, not the filthy entitlement rodents, or the spirit of Michael Brown.

"it will be the generosity of white people", no, just people. The ones that help see no color, only people.

Racist, PC remarks from Tim and Tomo as it is Ferguson that made the issue about race, and 431 points out it is the efforts of both whites and blacks. Too bad the tsk tsk brigade it out.

The meaning of "Social Justice" can best be appreciated by understanding that it is really the unjust victimization of members of a group by anti-social elements, either of that group or outside it. (note how well the "symptoms" fit Obama, and company)