Don't give up your day job, Jesse Berney (if that is your real name)

Jesse Berney, according to his own self-written bio, is a Blue Nation Review "contributing editor, as well as a speechwriter and stand-up comedian in Washington, DC."

I bookmarked his recent article entitled "U.S. Senate 2014: Here’s Who Will Win Every Single Race" so that I could go back and see how well the various geniuses on the Left could predict the mood of the American electorate.

• Virginia: "Warner will take this one in a walk."

• Alaska: "Begich is going to pull this one out." (Begich refuses to concede though he's down by 4 percentage points). 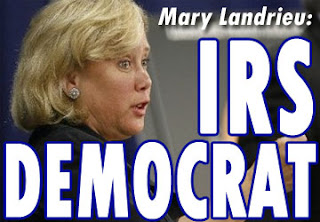 • Colorado: "This one goes to Udall."

• Kansas: "Orman ekes out a victory."

• North Carolina: "Hagan takes it in a walk."

• Louisiana: "Landrieu will come in a very close second on November 4, then win with a larger margin of victory in the runoff."

The final prediction, according to Berney?

50 Democrats, 47 Republicans, and three Independents. Bernie Sanders is a sure thing to caucus with the Democrats, and Angus King won’t switch if doing so doesn’t put him in the majority. Orman won’t jump to the party he just beat, especially if it means being in the minority. So the Democratic caucus will end up at 53.

Like I said, I’m an optimist. But Democrats seem to be finally figuring out that a more full-throated defense of their values, especially when it comes to a woman’s right to choose, which is playing a key role in many of these elections (just look at the ads) is the path to victory. As long as the economy doesn’t take a sudden turn for the worse, I expect Democrats to surprise much of the punditry on November 4.

I'm not worried about his prognostications. They were based on the old Chicago style national electioneering system coupled with the expectations in a presidential turn out, and fairy farts. Between, dead, illegal, double (and more) voting, and all sorts of things, like "Republican" poll watchers who were actually Democrat, a top to bottom system being run by Dems, conservatives have been being ripped off since before Kennedy.

I think the Tea Party scared enough people, on both sides. Further, some wins for the Tea Party allowed the corpse of conservative politics to actually come back to life and begin shaking the loose the cold hands of death.

If you make voter I.D., and some other such, nationwide, and put in an AG who will actually hold to that... Well, it's a start. The next thing is to get the electorate dwindled back down to who it was constitutionally. A lot of genie to shove back into the bottle. *clip* *trim* Not sure it's possible. Yes, I would go with 26 year old male land owners (tax payers). And I would reduce taxes back to land owners.

It kills me though, in a chiding way. We went to war with Britain over representation versus taxation. Now, the two are probably less tied than they were with Britain. As it stands, there is no reason, in the legal system as it stands, why illegals, even foreigners, can't vote.

As things stand, this election was a fluke, if there are some solid reasons for it. If things don't continue to change, it may be one of the last flukes.

Another genius of the same caliber as Al Sharpton.