GREAT NEWS: I Made the White House Enemies List 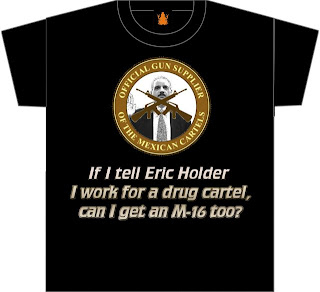 Throughout the email exchanges TheDC obtained through the FOIA request are numerous examples of Gertz and other Media Matters staff sending the full text of Media Matters blog entries attacking the DOJ’s political opponents in the media.

So if I disappear for any reason, you'll know why.

Most of the "offenders" listed are my favorite Websites!!

Yep, you'd better get your affairs in order. Or, do like Obama does and say you wear it (getting on that list) like a badge of courage. Which, it is.

I'll start baking a cake with a file in it immediately. And stay away from anyone named Bubba.

realistically it is harder to not be on his enemy list. If you are white or working or a republican or believe in the Constitution you are already one it.

Mazal tov!! We're proud of you!!
Sincerely-- your fans

As to disappearing, you would be too missed. It is people like me who are more likely to disappear. Mind you, I wouldn't recommend they try that, either.

I'm glad to see I haven't been wasting my time here, Doug.

I'm proud of you son.

Way to go, Doug, and thanks for all you do.

"The world, society, protects itself - its life, its property - Justices and Police are corrupt. The penal system is degrading, humiliating, sub-human. It is not protection they want, it is revenge.
Society does not want free men - they talk democracy and freedom - anything they want but they don't want freedom, they want conditioned men, men who march in step."
Henre Charriere (Pappillon).

Doug has earned his butterfly wings.

Wear it like a badge of honor. It doesn't get any better than that.

Make a blowup of the item and put it on your wall as a badge of honor.

Hey Doug, are you going to get yourself some 100 Heads Life & Casualty Insurance now that you joined the ranks of Domestic Enemies top 100 list?

They underwrite it over at Sipsey Street Irregulars.

Hey, we are all White House Enemies now.

Well, at least you're in some fine company.

Have to be doing something right if they psychopaths put you on "The List"
Your in the company of great men Mr. Doug.
Good on you.
Your hard work and efforts are worth everything.
God speed.

PS,
Do these idiots running things really take themselves that serious?
They must be terribly terrified of freedom and liberty minded people who aren't afraid of them. Says everything about them that right there.
Guess it comes with being totally illegitimate.

grandpa with an AR said...

I am envious. I only made the sh*t list on my FB page.

We'll come break you out Doug if they come to get you.
You just keep up the good work.

Up their arses!
They don't like what you got to say Mr., well some of us got a little something they really won't like.
And it ain't words.

Still, don't you fear nothin' son, the pen is mightier than the sword, but guns help.

Get it in a Fathead Doug

I want one of those shirts to wear to the next family party to aggravate the Dems who gave me Obama.

A sad wake up call to those still asleep at the switch that in a world where innocents are being decapitated by a gathering storm of islamofascist goblins, independent nations like the Ukraine are being cannibalize by Russia, in general the forces of darkness are on the march,......
Preezy jugears McThinskin and his toady minions have time only to worry about domestic political enemies. Truly the saddest excuse for a manchild who would be king...

Actually Doug, you're kind of a big deal on the internet.