If anyone still has any doubt about the utter cynicism of the Obama administration, a recent agreement between the federal government and the Minneapolis Public Schools should open their eyes. 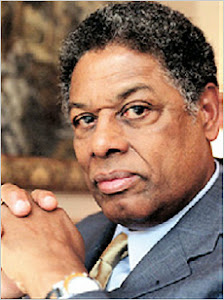 Under the Obama administration, both the Department of Education and the Department of Justice have been leaning on public schools around the country to reduce what they call the “disproportionate” numbers of black male students who are punished for various offenses in schools.

Under an implicit threat of losing their federal subsidies, the Minneapolis Public Schools have agreed to reduce the disparity in punishment of black students by 25 percent by the end of this school year, and then by 50 percent, 75 percent and finally 100 percent in each of the following years. In other words, there are now racial quota limits for punishment in the Minneapolis schools.

If we stop and think — as old-fashioned as that may seem — there is not the slightest reason to expect black males to commit the same number of offenses as Asian females or any other set of students.

When different groups of human beings have behaved differently in all sorts of ways, in countries around the world, for thousands of years of recorded history, why would we accept as dogma that the only reason one set of students gets punished more than others is because the people who are doing the punishing are picking on them?

Politically — which is the way the Obama administration looks at everything — any time they can depict blacks as victims, and depict themselves as their rescuers, that means an opportunity to get out the black vote for Democrats.

Anyone with common sense knows that letting a kid get away with bad behavior is an open invitation to worse behavior in the future. Punishing a kid for misbehavior in school when he is 10 years old may reduce the chances that he will have to be sent to prison when he is 20 years old.

Other schools in other cities, which have also caved under pressure from the federal government, and agreed to lighten up on black kids who misbehave, have reported an increase in misbehavior, including violence.

Who would have thought otherwise?

Letting kids who are behavior problems in schools grow up to become hoodlums and then criminals is no favor to them or to the black community. Moreover, it takes no more than a small fraction of troublemakers in a class to make it impossible to give that class a decent education. And for many poor people, whether black or white, education is their one big chance to escape poverty.

The people in the Obama administration who are pushing this counterproductive policy are not stupid. They are political, which is worse. They know what they are doing and they are willing to sacrifice young blacks to do it.

This punishment issue made me think back to the 8th grade, when I was punished by being kept after school, more often than any other kid in the class — black, white, Hispanic or whatever. I was bored in school and did various pranks to liven things up.

One day, after school, as I sat alone among the empty chairs in the classroom, the teacher said, sarcastically: “Well, here we are again, Sowell, just the two of us!”

“Good grief, Miss Sharoff,” I said. “If we keep staying in after school together all the time, people will begin to talk.”

“We will just have to live with the scandal,” she said, without even looking up from the papers she was correcting.

Thank heaven there was no Obama administration to exempt me from punishment. Who knows how I might have ended up?

Years ago, there was a study of a working class community where there were black, Hispanic and Italian kids, and where many of the cops were Italian. When a black or Hispanic kid broke the law, the police took him down to the station and booked him. But, if an Italian kid did the same thing, they reacted differently.

The Italian cop would take the Italian kid out into an alley and rough him up. Then he would take him home to his family, tell them what had happened and leave him there — where the kid could expect another beating, instead of the wrist-slap punishment of the law. Those cops understood the realities of life that politicians ignore. And they were doing a favor to their own.

Thomas Sowell is a senior fellow at the Hoover Institution, Stanford University, as well as a prolific author including Black Rednecks And White Liberals. His website is www.tsowell.com. To find out more about Thomas Sowell and read his articles visit his website above.

Dr. Sowell, it hasn't been that long, even for black people. I had an old friend that was a big city cop back in the 60s. He was white, and the neighborhood he patrolled was exclusively black.

The scenario was Momma called the police because Junior was acting up. My buddy would arrive (the black folks addressed the officers as "Mister," rather than "officer," intended as a higher honor), Momma would say, "now Mr. 'X,' he's been at it again. He's back in the bedroom."

My buddy would go back to the bedroom and give the lad a choice: the easy way (jail), or the hard way (an @$$-whipping). The kids would always opt for "the hard way."

It saved Momma the expense of lawyers and court costs, etc., and kept the kid from being exposed to really bad people.

I, too, was a cop in this same big city a number of years later. Back then, that neighborhood was just a working-class, black neighborhood. Today, it is truly one of the most violent neighborhoods in the entire country.

Did my friend, and other officers like him, keep that neighborhood from devolving to a state of civilization in name only? I'm certain that they played a part in it.

A local group of agitators in Columbia, SC (Richland 2 black parents dot com) is attempting the same with racial quotas. The school district is 53% Black and too many young blacks are being moved to alternative schools. The agitators goal was to elect an all black school board last election, fortunately it didn't work and their candidates all lost.