As if it weren’t bad enough that the U.S. spends exorbitant amounts of taxpayer funds to support illegal immigrants in this country, it’s allocating north of a million dollars to help the Mexican government combat employment discrimination in Mexico. 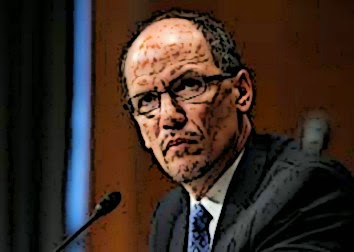 Is there no end to the madness? Each year Americans are forced to pay tens of billions of dollars to educate, feed, house, incarcerate and medically treat illegal aliens—most of them from Mexico—in the U.S. and now we’re sending cash south of the border for a cause that’s hardly ours to fund. Uncle Sam will dole out around $1.4 million to help Mexico enforce a two-year-old federal labor law that’s supposed to protect workers, but the Latin American country evidently doesn’t have the resources to enforce it.

The generous U.S. contribution will fund a technical assistance project in Mexico that’s supposed to help the government there combat gender discrimination and discrimination based on sexual orientation in the workplace. This also includes sexual harassment and forced pregnancy testing. The cash will flow through the Department of Labor (DOL), which has funded other similar causes in Latin America in the last few years. In this particular case, the mission is to improve working conditions, raise living standards, protect workers’ abilities to exercise their rights and address the workplace exploitation of vulnerable populations, according to the DOL grant announcement.

Though Mexico passed “sweeping reforms” to expand protections for workers by expressly prohibiting discrimination based on ethnic origin, gender, social status, religion, personal views, sexual orientation, civil status, political views and civil status, the U.S. must come to the rescue because there have been implementation challenges. “The Mexican Ministry of Labor (Secretaria del Trabajo y Prevision Social or STPS) has begun implementing these new labor discrimination protections, but more work remains to be done,” according to the DOL. Besides improving enforcement, the objective is to increase employer participation and improve worker understanding of the discrimination laws.

It may seem bizarre that our Labor Department prioritizes issues in a foreign country, but this has been going on for years and the allocations for causes abroad have increased tremendously under President Obama. In fact, at the start of 2013 Judicial Watch reported that in the last few weeks of 2012 the DOL dedicated nearly $40 million to global initiatives unlikely to help workers in this country. They included efforts to strengthen unions and combat child labor in African, central and South American countries. About one-fourth of the money went to combat the labor abuse of “vulnerable groups” in Ecuador and Panama, specifically Afro-descendant, indigenous and migrant populations.

Under Obama the DOL has also launched a number of programs to help illegal immigrants, especially from Mexico, in this country. Obama’s first Labor Secretary, Hilda Solis, a former California congresswoman with close ties to the influential La Raza movement, made it her mission to assist undocumented workers in the U.S. She even created a special division to enforce labor and wage laws in industries that typically hire illegal aliens without reporting anyone to federal authorities. Solis also entered formal agreements with Mexico, Nicaragua, Guatemala, El Salvador, Costa Rica, the Dominican Republic and India vowing to protect the rights of migrants from those countries who work in the United States. Under the decrees, DOL regional offices team up with local embassies and consulates from the foreign countries to distribute information to their citizens about their “rights” in the U.S

These unprecedented initiatives to help illegal immigrants have proven costly to American taxpayers. Back in 2011 a JW investigation uncovered a scandal behind a wasteful DOL bilingual smartphone app targeted at undocumented hourly workers. The goal was to empower them by helping them “stand up for their rights” and file complaints against employers. The DOL awarded a noncompetitive contract— intended for socially and economically disadvantaged businesses—to a former DOL official who owns a profitable company called Cascades Technologies Inc. Based on its revenue—nearly $10 million—the company did not qualify for the noncompetitive government contract it received from his pals at the DOL.

With nearly 2/3 of state legislatures in GOP hands, such a move grows ever closer.