John Lott alerts us to this horrifying news out of Nigeria: 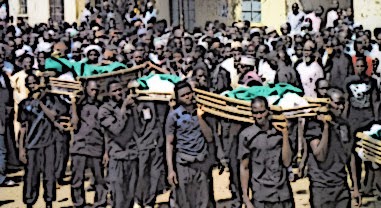 There are obviously many different ways to kill a large number of people. This attack is deadlier than any attack in the US...

A suicide bomber on Monday blew himself up during a school assembly in northeastern Nigeria, killing at least 47 people and showing how an Islamist insurgency is apparently drawing young, radical and educated people to its ranks.

Oh, my. No one tell Ben Affleck.