THE MIDTERM ELECTIONS: A Stunning Slap in the Face to the Global Warming Grifters 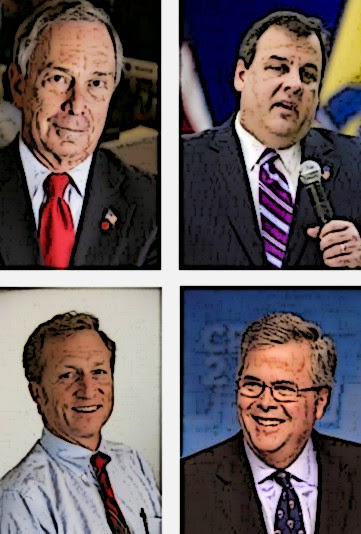 What the midterm voters wanted was an economy that returned to its average 3.3% annual growth since the end of World War II. For six years of the Obama presidency, growth has all but disappeared. In 2013, as measured by the World Bank, it was barely 1.9% That translated into a lack of jobs, stagnant middle class income, and what Obama correctly called the Great Recession, but could not end.

Instead, in the lead-up to the midterm elections, he was still talking about “climate change” as the greatest threat to the nation and the world. For the voters, however, climate change wasn’t even on its list of priorities and with good reason, there is nothing anyone or any nation can or should do about the great forces of nature that determine what the Earth’s climate will be; starting with the Sun.

The day after the elections two major environmental organizations, the Sierra Club and Friends of the Earth (FOE), wrote to their members. Their message was similar and their conclusions were absurd.

“The election’s over and the planet lost,” wrote Erich Pica, FOE president. “The next Congress will be controlled by politicians elected with millions of dollars of the Koch brothers’ oil money—putting at risk the vital environmental protections we’ve fought so hard to achieve.” FOE has more than 2 million activists in 75 nations including the U.S.

What Pica does not mention in his letter is the estimated $85 million spent on six Senate races by what The Hill described as “the nation’s top environmental groups including the League of Conservation Voters, the Sierra Club, the Environmental Defense Fund, the Natural Resources Defense Council, and billionaire Tom Steyer’s NextGen Climate…”

So the Koch brother’s money is evil, but environmental organizations’ money is okay?

As far as FOE’s Pica is concerned, “The truth is, President Obama hasn’t always done the right thing for the environment. He should have denied the Keystone Pipeline years ago, he should be rolling back unchecked fracking, and he should have taken stronger action on climate both at home and in international negotiations.”

FOE could care less about the thousands of jobs the Keystone pipeline would create, plus the revenue from refining the oil it would transport to the Gulf States. As for fracking, it is not “unchecked.” It has to be done within the context of safety and environmental laws. As for the climate, China and India are just two nations increasing the use of coal to generate the electrical power they need to stimulate industrialization and improve the lives of their citizens by bringing power where he has never been before.

Michael Brune, executive director of the Sierra Club, wrote that “Friends of Big Oil have taken control of the Senate” claiming they have “a 100-day action plan that reads like Big Oil’s wish list. Our opposition is about to have free reign to implement their anti-environment agenda. And approving the Keystone XL pipeline and destroying proposed environmental regulations top their list.”

Oh, really? If the polls and elections are any indicator, a lot of Americans want to see the pipeline construction. As for the “anti-environment agenda”, that too is pure fiction. What Americans oppose is the forced closure of electricity generation plants in the name of a global warming that is not happening. Or a climate change over which no government has any role or control.

To drive home his doom-and-gloom message, Brune added that “Rare species of wildlife already hanging by a threat will not survive this onslaught.” Consider the absurdity of the claim that a Republican controlled Congress will be responsible for species extinction. For good measure, Brune, like the FOE, mentioned the Koch brothers, labeling them “big polluters.” Since when is drilling for oil and providing it to a world that runs on it “pollution”? It’s not. It’s progress that benefits humanity.

Commenting on the elections, Dr. Jay Lehr, the Science Director of The Heartland Institute, a free market think tank, characterized them as “the repudiation of the President’s policies” and the nation’s political pundits all agree. Dr. Lehr called for “a bill to require the construction of the Keystone XL Pipeline which has bipartisan support and has passed every environmental test.”

Dr. Lehr called on Congress to “require the government to open up public lands to environmentally safe mineral and energy exploration as well as speed up approval of permits to drill and mine for resources on already approved lands. This will ensure our resource independence in both areas for centuries to come.”

High on my list of priorities was reflected by Dr. Lehr’s call for Congress “to take charge of the funding of the Environmental Protection Agency which has gone rogue in efforts to impede virtually all economic development in our nation, and eventually phase out the EPA, passing on its responsibilities to a committee of the whole of our fifty state environmental protection agencies.”

A November 6 article, “Climate change supporters suffer losses”, published in The Hill, reported that “Despite millions spent to make climate change a wedge issue during the midterms, environmentally friendly candidates didn’t fare well on Election Day.” Even so, the Sierra Club’s Brune was quoted saying, “Public support is solidly behind action to tackle the climate crisis. While we have lost friends in Congress, we are gaining them in the streets, as our movement grows stronger and broader.” NOT!

As far as the environment is concerned, it is way down on the list of the voter’s priorities and the change of leadership and control of Congress reflects that. The voters don’t want a lot of vapid, idiotic talk of climate change and other environmental fantasies. They want jobs. They want an economy that will provide them. They want a better future for themselves and their children. And whether they know it or not, they want a conservative approach to government.