Corruption: Smoking-gun emails show how the administration sought to derail a CBS reporter's investigation of its "gun-waking" operation — a reporter whose computers were mysteriously and mercilessly hacked. 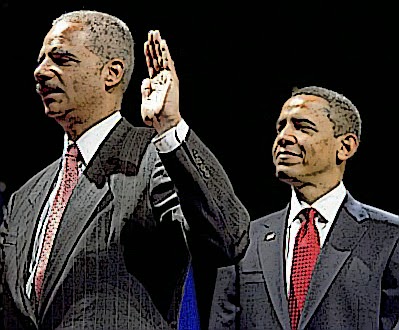 Fast and Furious, along with Benghazi, is one of the two "phony" administration scandals that produced body bags, and former CBS reporter Sharyl Attkisson is responsible for much of the truth-telling about both. That fact is enough to put her high atop the administration's enemies list.

Attkisson, a casualty of liberal media bias, resigned from CBS in March after a series of clashes between her and her bosses over her exposes of administration wrongdoing and its subsequent cover-ups. An email thread obtained by government watchdog Judicial Watch show just how upset Eric Holder's Justice Department and the White House were over Attkisson's reporting and how hard they tried to undermine her.

The email thread's topic was concern over news reports linking Holder directly to the Fast and Furious program that had resulted in the deaths of agents Brian Terry and Jaime Zapata at the hands of Mexican drug cartels. The killers used weapons funneled south of the border under the administration's program.

The first email in the thread between Tracy Schmaler, who headed Holder's Office of Public Affairs, and White House Deputy Press Secretary Eric Shultz, timed at 7:46 a.m. on Oct. 4, 2011, titled "No stories," noted that media outlets such as the New York Times, Associated Press, Washington Post, Reuters and Bloomberg were ignoring Fast and Furious. There was one notable exception — Attkisson of CBS News.

"I'm also calling Sharryl's (sic) and reaching out to (Bob) Schieffer. She's out of control," Schmaler said to Shultz, who responded: "Good. Her piece was really bad for AG."

For the White House and DOJ, control of the press was a must. They couldn't have a "mainstream" reporter spilling the beans.

That administration operatives would be pressuring a network to censor a reporter is something we find very disturbing, but not surprising, particularly considering it's CBS that's involved. As we've noted, Attkisson's boss was CBS President David Rhodes, whose brother Ben Rhodes was an assistant to the president and deputy national security adviser for strategic communications.

It was he who had been tasked to prep U.N. Ambassador Susan Rice on how to deflect blame from the Obama administration for the Benghazi massacre of 2012. That terrorist attack was also the subject of Attkisson's investigative reports.

Clearly, it's advantageous for a White House aide to have a brother who happens to run a TV network quite willing to push the White House spin.

What makes this episode particularly interesting is that shortly after the administration expressed concern over Attkisson's reporting, both her personal and work computers, as she details in her book "Stonewalled," were hacked by someone in the government.

Earlier this month, Attkisson appeared on Fox's "O'Reilly Factor" and said a computer forensics expert she contacted confirmed that sophisticated intrusions had taken place and that proprietary spyware had been placed on her computer of a type used by the NSA, CIA, DIA or FBI. Attkisson has released a cellphone video of her computer screen showing words being deleted outside of her control from an article she was working on.

The spyware was discovered to have been loaded from a seemingly innocuous email sent to her in February 2012 after she had just written on Fast and Furious. Was this an effort by the government to get her under "control"?

After the IRS neutralized the Tea Party, the government seized Associated Press phone records, and the DOJ named Fox News reporter James Rosen as a "co-conspirator" in a leak investigation in order to seize phone records and emails, the targeting of Attkisson is something we shouldn't turn a blind eye to.

I'm sure this will take the Ferguson circus off the front page of the mainstream media.

Holder and Ebola Boy can only get away with this because us a-holes collectively tolerate even worse a-holes hogging the leadership positions of the party of which WE are the base.

There will be no change - or hope - until we collectively wake up and run Boehner, McConnell, Prebus and Rove out of town on rails.