Politics: When they had the majority, Senate Democrats quarterbacked President Obama's delay-of-game strategy on the Keystone XL pipeline and its tens of thousands of jobs. Now they hold a vote just to save one senator's job. 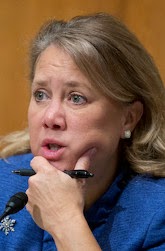 Democrat Sen. Mary Landrieu of Louisiana, locked in a runoff battle with Louisiana Rep. Bill Cassidy, announced Wednesday that she had secured an agreement from her party leaders to hold a floor vote on the Keystone XL pipeline after years of delay, we had to add ours to the voices asking, why now?

For Landrieu, a vote on Keystone may seem to be just the life preserver she needs as she struggles to survive the GOP wave of 2014. For the Democratic Party, it may seem an opportunity to salvage at least one of their brethren and why not vote now, when an outgoing Democratic senate and not an incoming Republican one could take the credit.

We welcome a vote and approval in the Senate as well as the House vote and approval on legislation approving KXL sponsored by Landrieu's opponent, Cassidy. The pipeline would create tens of thousands of new jobs in its construction, operation, and in spin-off effects as it brings nearly a million barrels of oil a day from not only Canada's tar sands but also the exploding oil fields of North Dakota's Bakken shale formation.

To be fair, Landrieu and GOP Sen. John Hoeven of North Dakota introduced the Senate bill on May 1. A May 2013 vote on a nonbinding amendment to a Senate budget draft won the votes of 17 Democrats, including Landrieu, to go along with all 45 Republicans. Buy no real vote was scheduled until the Democrats lost the Senate and Landrieu teetered on the edge of political oblivion.

The Democrats cynical scheduling of a Keystone vote can only feed the cynicism most voters feel toward politicians and the political process.

Democrat Sen. Joe Manchin of West Virginia, a state suffering from the administration's war on fossil fuels in general and coal in particular — and which just elected Republican Shelley Moore Capito to a formerly Democratic seat — expressed bewilderment at the news conference with Landrieu that a vote has taken so long.

"I can't for the life of me understand why we haven't to date been able to move this piece of legislation forward," said Manchin.

Well, Senator, maybe because your Majority Leader Harry Reid, Obama and the likes of wealthy donor Tom Steyer didn't want it to happen. Now all concerned want to salvage a Senate seat and deny Republicans credit for what would happen in January anyway.

"It has been 600 days since 62 senators signed their support for constructing the Keystone XL pipeline and only now is Sen. Landrieu putting her foot down," says a skeptical Dan Holler, communications director for Heritage Action for America, the advocacy arm of the Heritage Foundation.

"Demanding a vote now, in the middle of a runoff, is pretty blatant and everybody gets the joke."

Keystone XL merits our approval, but Landrieu and her scheming party do not.

Talk about Congressional pork: does this woman not look like a pig, or what?

"The pipeline would create tens of thousands of new jobs in its construction, operation, and in spin-off effects as it brings nearly a million barrels of oil a day from not only Canada's tar sands but also the exploding oil fields of North Dakota's Bakken shale formation."

Interesting regurgitation of the heady days of oil at over $100 a barrel. With SA playing glut pricing hardball, how much of that shale oil is still economically produced? EROI ain't just a big lake in PA.

Harry Reid and Air Mary are only concerned with one job and that is retaining the Senate seat in Dee Cee. 0blama will veto anyway if Reid lets is cross his desk.

@TheFineReport...Someone on another blog referred to Landrieu yesterday as a "tenacious little pig". Was that you. If so, I want you to know I stole it.