A Most Compelling Idea

Limbaugh has a most excellent idea:

Now, Boehner is gonna do his press conference, and I want to expand on something. I got an idea. It’s not a new one. It’s been done before. There will be legislation. In fact, part of stopping Obama is gonna be sending him stuff that we would hope he would sign. He won’t, he’ll veto it. So there will be stuff getting done, but they will be working, they will be coming up with legislation, for those of you who think that’s important. But here’s what I think they ought to do. With every bill the House and Senate come up with that they send to Obama, it must be a package, and the package that’s sent to Obama contains the actual legislation and a letter and polling data. 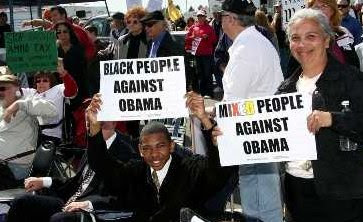 Virtually everything that’s happened has been against the will of the American people. Amnesty, Obamacare, it’s never had the majority support. So what I think Boehner ought to do, give himself some cover. You know, these guys are looking for cover anyway. So you come up with whatever your legislation, say it’s repeal part of Obamacare, whatever it is, repeal the medical device tax. Fine.

Send it up there and accompany it with a letter from McConnell and Boehner to President Obama complete with polling data showing this is supported by the American people by whatever percentage the poll says and then publicize it, release it. “Today we sent legislation up to President Obama in our effort to get along and our effort to get something done and our effort to compromise,” whatever gobbledygook you want to say, and then include the fact that 60, 65, 67% of the American people support this and want this, and then make Obama react to it.

“But, Mr. Limbaugh, Obama will say he doesn’t care because that means two-thirds didn’t, and he’s got to stand for all Americans.” Doesn’t matter what he does, what you do is what matters. His reaction, we know he’s gonna veto it anyway. The point of this is not for Obama. You assemble this package, this bill and the letter and the polling data for public consumption, so that the public knows what Obama is doing when Obama vetoes something. It’s not a War on Women bill. It’s not something the Democrats and the media lie about and concoct. You submit the bill, a letter explaining it complete with polling data showing massive public support, release that so that the American people know what Obama is vetoing.

So the American people know what Obama and the Democrats oppose, thereby putting gridlock on their shoulders. Thereby putting opposition to getting things done on their shoulders. Thereby making them the obstructionists. The Republicans are simply representing the will of the people. The people want the medical device tax removed. Here’s a piece of legislation that will do it. Sign it, Mr. President. (Obama impression) “Hell, no, screw you, and Michael Jordan, too.” Vetoes it, case closed.

What’s so hard about this?


Well, I’ll just about guarantee it’s way too hard for the GOP to ever figure out. But I’d bet Cruz would be down with it.

I am an American man, and I have decided to boycott American women. In a nutshell, American women are the most likely to cheat on you, to divorce you, to get fat, to steal half of your money in the divorce courts, don’t know how to cook or clean, don’t want to have children, etc. Therefore, what intelligent man would want to get involved with American women?

American women are generally immature, selfish, extremely arrogant and self-centered, mentally unstable, irresponsible, and highly unchaste. The behavior of most American women is utterly disgusting, to say the least.

Rush doesn't have many bad ideas but this is one of them.
We don't legislate by polling.

You miss the point. Obama said that the election didn't matter because 2/3 of the people didn't vote and since more people voted for him he is going to act on their behalf. Putting polling data in front of him would force him--sort of--to put his money where his mouth is and sign a bill that the American people say they want. He won't for a whole variety of reasons. The problem with this is, as we have seen during this past election cycle polls can be heavily skewed one way or the other. Obama's reaction will be to bring up one of those polls that say the people want something he wants and force the Republicans to act putting them back into a box. Remember--for every action there is an equal and opposite reaction!

Why do we the people have to play along with these stupid games, why is it us who must compromise our liberty?
What in God's name requires us to negotiate with these crooks thieves liars and psychopaths?

I'm done with this oligarchy and their reign of illegitimate power.

That quite frankly has to be the most ludicrous boot licking subservient idea I've ever read.

What possessed you Doug to promote such an idea?

Where is your dignity and liberty man?

Garth Brooks’ New Song ‘Mom’ Will Bring You To Tears: