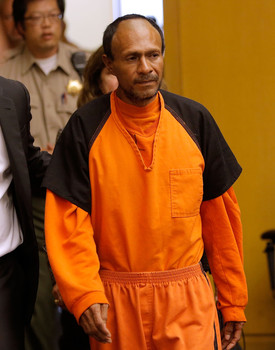 And should be charged as criminal accomplices and dealt with accordingly. Does that sound outrageous? Sure it does, but withhold judgment until you read this post.

It is absolutely indisputable that San Francisco's sanctuary policies contributed to the horrific, senseless, shooting death of 32-year-old Kate Steinle on July 2. Francisco Sanchez, the illegal alien who admitted killing her, has said that it was the city's sanctuary policies that attracted him to it. City leaders have Kate's blood on their hands. But that blood is a drop in the bucket compared to the outrages regularly being committed by the illegals among us, while politicians of both parties sing their praises.

Donald trump has been roundly criticized by both Democrats and Republicans for saying that 80 percent of women crossing the border are being raped. NBC decided to drop his popular show, The Apprentice, and the Miss Universe pageant he produces. Mexico says it will withdraw its entrant to the pageant based on Trump's offensive statements. ESPN, NASCAR and others have piled on. But Trump was just quoting an article from Fusion magazine. The piece, "Is rape the price to pay for migrant women chasing the American Dream?" leads off by saying:

Before they can reach the American Dream, many migrant women have to survive a Mexican nightmare. A staggering 80 percent of Central American girls and women crossing Mexico en route to the United States are raped along the way, according to directors of migrant shelters interviewed by Fusion.

Could it be any clearer than that? Democrats have long since abandoned even a shred of honesty, but are Republicans again rebranding themselves as "The Party of Stupid?" How about "The Party of Insufferably Mindless Idiots?" Is that what they should be called, or maybe just the cowards, frauds and hypocrites they are?

In fact, the problem is infinitely worse than the article reveals.

For example, almost half of all federal crimes committed in the United States in fiscal year 2013 were committed in a few districts along the Southwest Border with Mexico. Of 61,529 criminal cases initiated by federal prosecutors, 24,746 - fully 40 percent of the total - originated in five border jurisdictions in Arizona, New Mexico, Southern California, Western Texas and Southern Texas. Almost all were committed by illegals.

Following are some statistics on illegal alien crime that were compiled by the Government Accountability Office (GAO) for its 2011 report, Criminal Alien Statistics. The GAO study included a review of 249,000 criminal aliens. They were arrested a total of 1.7 million times, an average of about 7 arrests per alien. Between them they committed 2.9 million crimes. About 50 percent were arrested at least once for either assault, homicide, robbery, sex crimes or kidnapping. Here are the eye-popping stats:

But this doesn't give context. These crimes were committed over multiple years. It is obviously not insignificant, but is difficult to tell how it stacks up to the total without reviewing all crimes during the period. The following stats will put it in proper perspective.

GAO also studied a subset of five states with large illegal alien populations, New York, Florida, Arizona, Texas and California. At the time of the study, 2011, the latest data available were for 2008. In New York, 28 percent of illegal aliens convictions in 2008 were for murder. Another 11 percent was for sex offenses. Those sounded like a lot but GAO did not provide the numbers that generated those percentages, so a FOIA request was submitted. Following are the unpublished numbers provided by the GAO, placed side-by-side against the total of each type of crime committed in each state in 2008:

The reason convictions exceed state total crimes for the year in some cases is because convictions are for crimes that may not have been committed that year but went to trial in 2008. However if total murders for the previous three years 2005 - 2007 are added up, the 2008 illegal alien convictions are still astronomical: New York, 45%; California, 40%; Texas, 22%; Arizona, 24%; Florida, 55%.

North Carolina is a haven for illegals for some reason. Sex crimes committed by illegals against children in NC are off the charts. For example:

In North Carolina there were 752 arrests of illegals for sex crimes against children in 2014. Each illegal was arrested on an average of five charges, for a total of 3,695! Statistics were not available for November 2014, so the actual number is doubtless higher.

For comparison purposes, in 2013, the latest data available, in all of North Carolina there was a total of 1,821 forceable rape cases - including of adults.

Despite this glaring issue, and the serious vote fraud problems in NC, the newly elected GOP majority in the state just passed a law providing driver licenses to illegals. One must scratch deep to uncover something more idiotic and irresponsible. Such stupidity will insure NC's GOP majority is short-lived. Does the GOP have a death wish?

Should The Donald be pilloried for pointing out an inconvenient fact? People are being killed, and raped in epidemic numbers. Illegals are praying on our children! President Obama's catch and release program for illegal aliens, including violent criminals, is directly responsible for 121 murders committed by illegal alien criminals released from jail under Obama.

What kind of insanity allows this to continue? By coddling illegals at the expense of Americans, President Obama, Eric Holder, Jeh Johnson and all the other self-serving parasites in this unbearable, destructive cabal, as well as leaders of both parties in the U.S. House and Senate and countless state and local politicians (Martin O'Malley can you hear me?), are personally responsible for this violent crime wave. They have blood on their hands and should be criminally charged as accessories to rape and murder.

Corrupt, self-serving political calculation cannot be tolerated. It is bad enough when we pay through higher taxes and moribund economies. Now it is literally killing us.

He looks like a Mexican Obama. Not more than something I noticed, take it as you like. Though, you can see, if so, why they are let in... in part. None are, or ever even can be, actual Americans. In that they understand each other. Pelosi, for example? She will never be American. She can't functionally compete.