According to their tax returns, it turns out that essentially all of the Clinton family's "charitable donations" were directed back to their own "charities". 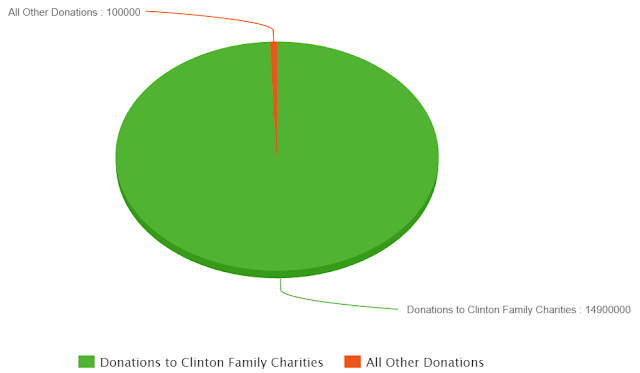 As TaxProf notes, the family’s charitable giving from 2007 onward has been a case study in moving money around. Since 2007, the Clintons “made $15 million (10.8 percent of their AGI) of charitable contributions, $14.9 million of which went to the Clinton Family Foundation and the Clinton Global Initiative.”

That leaves $100,000 for charitable uses that don’t directly involve the Clinton family and their globalist friends.

As a reminder, in April I created a chart illustrating where the Clinton Global Graft Initiative's various expenditures went. It's equally amusing.

Given that the Clintons are members in good standing of the American political Establishment, what else could we have reasonably expected?