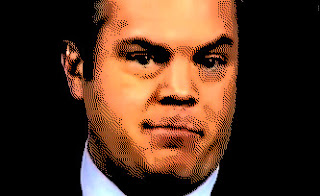 In a remarkable interview with CNN’s Wolf Blitzer following Thursday night’s presidential debate, Sen. Marco Rubio (R-FL)’s campaign spokesman, Alex Conant, admitted that the 2013 Gang of Eight bill, which Rubio co-authored and ushered through the Senate, did not secure the border first.

In the Friday interview, Blitzer pressed Conant on whether in 2013 Sen. Rubio “called up the [former] Florida governor [Jeb Bush] and asked him for his support for a pathway to citizenship for illegal immigrants in the United States.” Conant dodged the question twice, refusing to directly answer whether Rubio had called Governor Bush to ask for him to endorse the 2013 amnesty bill. Rubio’s bill, unlike Jeb’s book, pushed citizenship for illegal aliens of all ages.

In the course of dodging the question, Conant declared: “When Marco Rubio is President we’re not going to pursue a Gang of Eight style legislation. Instead we’re going to secure the borders first.”

Conant’s declaration represents a remarkable admission from the Rubio team. In 2013 Rubio repeatedly assured voters and conservative opinion makers that his bill would secure the border first. To this day, Rubio’s website declares that the Gang of Eight bill is “the toughest border security & enforcement measure in U.S. history.”

In 2013, Rubio told Sean Hannity that his La Raza-backed bill would not grant amnesty until the border is secure. Rubio said: “I don’t think any of that [amnesty] begins until we certify that the border security progress has been real. That a workplace enforcement mechanism is in place. That we are tracking visitors to our country, especially when they exit.” Rubio told Rush Limbaugh that if that were not the case, he’d vote against his own bill. Rubio said: “If there is not language in this bill that guarantees that nothing else will happen unless these enforcement mechanisms are in place, I won’t support it.”

Despite Conant’s declaration that “we’re not going to pursue a Gang of Eight style legislation,” Rubio has campaigned explicitly in favor of the core Gang of Eight provisions. Rubio has campaigned in favor of illegal alien citizenship, expanded refugee admissions, and expanded foreign worker admissions. Yet, despite this, Rubio is running an ad in Iowa claiming,“When I’m president, there will be no amnesty.”

Similarly, to this day, Rubio’s website declares that “no one gets amnesty” under his Gang of Eight bill.

GOP frontrunner Donald Trump recently told Breitbart News, “Senator Rubio is incapable of telling the truth. He should be disqualified for dishonesty alone.”

So, it looks like it will be Cruz who tells Trump, "you're fired".