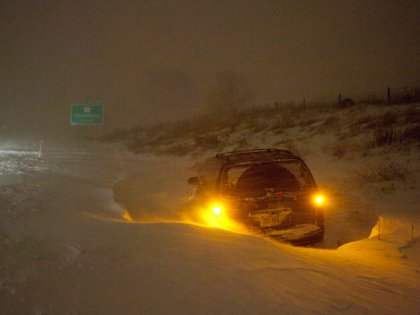 This is a vehicle stranded on I-43 early this morning in Grafton, Wisconsin. 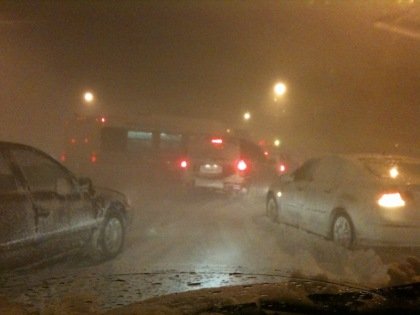 This is Chicago's main thoroughfare, Lake Shore Drive, which was shut for 12 hours after a series of wrecks. Stranded drivers waited up to 12 hours in blizzard conditions with 70mph wind gusts. Some had to be hospitalized after being rescued.

All of these record-setting storms and low temperatures have apparently strengthened the hand of famed global warming expert Al Gore.

Oops. That's why the Internets are so awesome!

Even more bad news for Al Gore is the fact that his claim that heavy snows being “completely consistent” with “man-made global warming” is being ridiculed by scientists and the claims are at odds with the UN climate panel that Gore shared a 2007 Nobel Prize with... the IPCC in 2007 'told us that winters would be WARMER and LESS extreme' -- UN IPCC 2007: 'More warm and fewer cold nights...fewer frost days...fewer cold outbreaks; fewer, shorter, less intense cold spells/cold extremes in winter'...

I full expect that some day in the very near future, the term Gore will be roughly equivalent to the words Ponzi and Madoff.

You could argue that overall global warming would lead to more snow. I get that warmer air picks up more moisture, etc. However, by doing so, you abandon all pretense to climate science being "settled", since, as has been pointed out elsewhere, not long ago these same suspects were arguing that GW would result in less snow.

Ironically, adopting this view simultaneously strengthens climate science as an actual science, in that it represents modifying a hypothesis based on new data.

Unfortunately for them, the claim that this was always predicted by AGW believers (when we have evidence that disproves the claim) completely erases that gain.

The term "Gore" is already equivalent to the word "jackass."

alanstorm is close to what I said at http://lwolt.wordpress.com/2011/01/31/i-have-the-answer-the-global-warming-problem/ to whit (summarized)"