Obama's Caliphate: Administration Says 'Muslim Brotherhood Could Play Role in Egypt' If It Plays Nice With Others

With Egypt's government on the brink of collapse, the Obama administration is calling for the magical imposition of a Democratic process while admitting that the Muslim Brotherhood has a role to play.

The United States is acknowledging that the hardline Muslim Brotherhood may play a role in Egypt's transition from autocracy if it agrees to a peaceful, democratic process...

State Department spokesman P.J. Crowley says the U.S. isn't dictating Egypt's shift from President Hosni Mubarak's three decades in power. He says it is up to Egyptians to determine the process, but he called on the Muslim Brotherhood - which is a banned group - to respect democratic processes...

Crowley said U.S. officials haven't met with members of the Muslim Brotherhood though they've spoken to other opposition groups... He acknowledged Wednesday the hardline Islamist movement is "a fact of life in Egypt."

The Muslim Brotherhood is the world's oldest and largest Islamofascist movement. It aligned with Nazi Germany in World War II and has spawned terror groups and affiliates throughout the world.

The Brotherhood's single, overarching goal is to establish a worldwide Caliphate.

What is a Caliphate?

A Caliphate is a Muslim state ruled by a civil and religous leader who is "considered to be a representative of Allah on earth; 'many radical Muslims believe a [caliphate] will unite all Islamic lands and people and subjugate the rest of the world'." 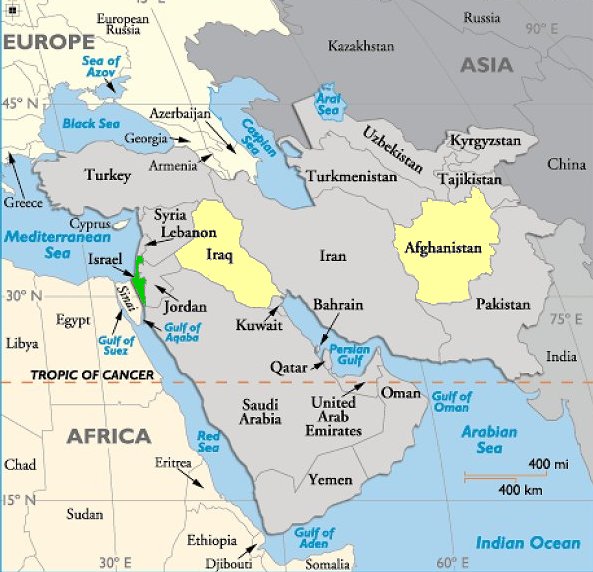 Egypt's Muslim Brotherhood is one of the most influential groups bent on establishing a worldwide Caliphate.

A number of Islamist political parties and Jihadist guerrilla groups have called for the restoration of the caliphate by uniting Muslim nations, either through political action (e.g., Hizb ut-Tahrir), or through force (e.g., al-Qaeda)...

The Muslim Brotherhood advocates pan-Islamic unity and implementing Islamic law, it is the largest and most influential Islamic group in the world, and its offshoots form the largest opposition parties in most Arab governments. Founder Hassan al-Banna wrote about the restoration of the Caliphate.

A document that was entered into evidence in the 2008 United States v. Holy Land Foundation terrorist finance trial was titled "An Explanatory Memorandum On the General Strategic Goal for the Group In North America. It was written in 1991 by Mohamed Akram, a senior Hamas leader in the U.S. and a member of the Board of Directors for the Muslim Brotherhood in North America (also known as the Ikhwan). Strategic goals number 6 was: "supporting the establishment of the global Islamic State wherever it is". The memorandum explains "settlement process" as a "grand jihad" eliminating and destroying the Western civilization from within and "sabotaging its miserable house by their hands and the hands of the believers so that it is eliminated…." Author Robert Spencer has characterized this process as “stealth jihad.”

We saw what happened in Gaza; Hamas won 'democratic' elections and now operates a totalitarian regime. Oh, and as an aside, Hamas is the Muslim Brotherhood by another name.

Is there some kind of an award for naivete?

Update II: Another Muslim Brotherhood Leader Calls For “Preparing For War With Israel,” Claims Mubarak Being Protected by Zionists

Obama's legacy? It's looking more and more like it'll be "Carter on steroids".

This is beyond treason, Barry has betrayed the entire world by selling out to his "muslim brothers" ad enabling a global caliphate to be put into motion.

If any of you out there still think Obama actually respects his position as one that works directly for the American people and truly respects the country's foundational principals...you really are a mainstream media blinded individual!

from one extreme to another..

Nice argument to deny democracy for millions of people based on one radical group. Are you getting your lies from Israel or do you come up with them all by yourself?