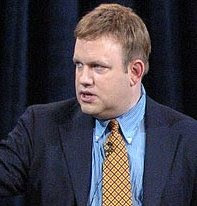 A few nights ago, I was watching a recap of the latest Democratic debate. Frank Luntz was closing out a focus group with a bunch of undecided Democrats. Luntz asked the question: which of you would ever vote for a Republican? Only a couple out of a dozen or more raised their hands. When probed, their answers followed a few major themes:

Coincidentally, these are precisely the themes promulgated unceasingly by the mainstream media.

* Income inequality: a meme constantly harped upon by the likes of Paul "Economoron" Krugman. What this rocket scientist hasn't deduced is that, yes, Bill Gates pulled down tens of billions of dollars by creating Microsoft. This "income inequality" was the direct result of creating many tens of thousands of jobs directly... and probably millions of jobs, worldwide, indirectly. So: is "income inequality" good... or bad?

* Big oil: news flash for the focus group geniuses - the big oil companies are publicly held. Therefore, I'd wager at least three quarters of the focus group were either direct or indirect (via mutual funds) owners of oil companies. Think Bush is cheating the system to benefit "big oil"? Tell you what. Try something really crazy like buying shares in XOM or FSESX. 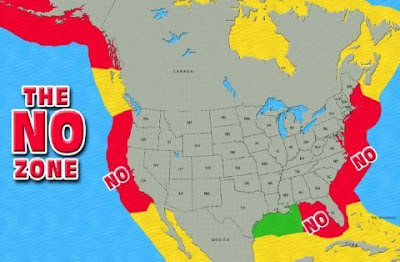 Democrats have prohibited drilling in all areas marked in red
While you're at it, read The No Zone to see how Democrats keep oil prices high by preventing drilling in, well, pretty much any area where America has oil.

Oh, and Dem focus group: enjoy the tax hike and the Alternative Minimum Tax (AMT) that you'll get with a Democratic presidency. Does the name "Jimmy Carter" ring a bell?