Mr. Mubarak: tear down this wall!


Egypt moved to stop the influx of Gazans into its territory today.

Egyptian riot police blocked Gazan cars from entering Egypt on Saturday, the fourth day of a border breach, after Hamas militants had cleared a path for vehicles to cross. 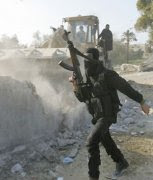 Dozens of riot police formed human chains, blocking two passages used by cars that had carried large numbers of Palestinians across the border. Several Egyptian armored vehicles took up positions to back up the troops.

Earlier in the day, Egyptian border guards had allowed the cars to pass. On Friday, the guards had made a failed attempt to stop the influx of Palestinians, then traveling on foot, into Egypt...

Egypt faces a dilemma over how to handle the border crisis. If it acts forcefully against the Gazans, it could anger its own people, who are sympathetic to the Palestinians' plight. But if it does nothing, it risks infiltration by Islamic militants.

Is anyone else asking the question: why doesn't Egypt simply subsume Gaza? Its people empathize with the Palestinians and both areas are predominantly Muslim. 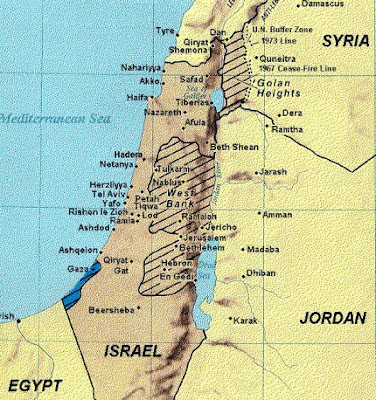 Why doesn't Gaza simply become part of Egypt? Wouldn't that be the humane thing to do for the Palestinian people?

Mr. Mubarak: tear down this wall!
at 9:54 AM
Email ThisBlogThis!Share to TwitterShare to FacebookShare to Pinterest
Labels: extremism, War