Hillary Clinton by the Numbers


0: the number of questions that Hillary answers during a typical campaign appearance. 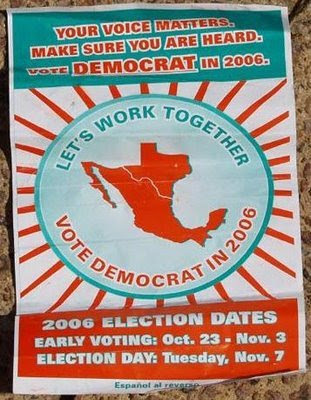 12: the number of publicized fibs, fabrications and fables that qualified for the "Top Twelve Hillary Clinton Fabrications List."

18: the number of months that Bill Clinton carried on an affair in the White House without Hillary's knowledge, despite the claim that she is "the smartest person" he knows.

32: the number of times Hillary Clinton sponsored, cosponsored or voted for legislation providing amnesty or rewarding aliens for illegally entering the United States.

41: the number of Clinton friends, colleagues, business associates, and relatives convicted of crimes through January 2001.

100: the number of redacted pages in the Cox Report, which revealed a massive espionage campaign conducted by the Chinese government under the Clinton administration's watch. One major aspect of the operation related to the apparent swap of sensitive ballistic missile technology to China in exchange for campaign donations to the Democratic National Committee.

120: the number of redacted pages in the Barrett Report, which describes the "effort by Clinton administration officials to first block and then limit the probe as a way of taking pressure off an administration that was already beset by scandals" in the case of disgraced former HUD secretary Henry Cisneros.

250: the number of times Hillary said she didn't know, didn't remember, couldn't recall, etc. over the course of multiple investigations.

900: the number of secret FBI files illegally gathered by Bill and Hillary Clinton in an effort to discredit the women who had charged President Clinton with sexual misconduct. Courts found that the privacy of Linda Tripp and Kathleen Willey had been violated: "when faced with discovery, the Clinton-Gore White Housecompounded their legal troubles by launching a cover-up and failing to turn over documents as required by subpoena... Judicial Watch was able to link Mrs. Clinton directly to the center of the Filegate controversy."

100,000: the approximate amount Hillary Clinton made in cattle futures commodity trading in 1978, although her account was underfunded by $11,000 of the required $12,000 investment in what some believe was an exchange for favorable treatment of Tyson Foods by the Bill Clinton administration ("In return, as reported in The New York Times Magazine, [Tyson] expected the new governor to raise the legal truck-weight limit in Arkansas so that Tyson Foods could compete with out-of-state poultry truckers").

113,000: the number of donors to the $165 million Clinton Library, for which the Clintons have not released information. Investigations by the Washington Post and New York Times have revealed a substantial number of foreign donors (e.g., Saudi and Chinese) that also contributed to Hillary Clinton's campaign.

200,000: the amount of a falsified invoice that Hillary's 2000 Senate campaign presented to the Federal Election Commission, which led to her finance director's indictment. The rancor around the Peter Paul celebrity fundraising event is simply one small piece of what some have called "the largest election law fraud in history." 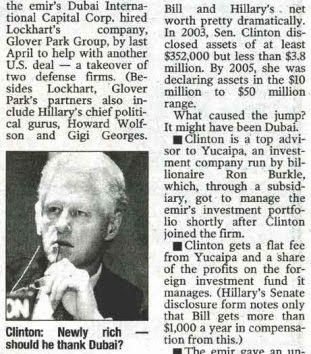 635,500: the amount in U.S. dollars given to Clinton-controlled Democratic Party Committees by Johnny Chung and Bernard Schwartz in an apparent quid pro quo for Chinese access to sensitive missile guidance technologies.

850,000: the amount given to Hillary Clinton and Democratic campaigns by jailed fugitive Norman Hsu.

1,450,000: the approximate amount given to the Clintons and/or Democratic causes by Denise Rich, wife of fugitive Marc Rich, in an apparent exchange for a Presidential pardon.

7,000,000: the approximate annual budget of the White House travel office, which was replaced after decades of service by the Clinton administration: "First Lady Hillary Rodham Clinton... came under scrutiny for allegedly having played a central role in the firings and making false statements about her role in it... In 2000, Independent Counsel Robert Ray [stated that] Hillary Clinton had made factually false statements but saying there was insufficient evidence to prosecute her."

Update: Linked by The Anchoress, Grouchy Old Cripple, The Jawa Report, Parkway Rest Stop, and Stop Her Now!. Thanks!
at 9:30 PM
Email ThisBlogThis!Share to TwitterShare to FacebookShare to Pinterest
Labels: Democrats, Hillary