Clinton and Obama accuse each other of voter suppression


The Journal's Jackie Calmes is covering a campaign tactic that can only be described as disgusting. And Clintonian. But I repeat myself.

Five months after all Democratic candidates agreed Florida and Michigan wouldn't get delegates to the August presidential convention, Hillary Clinton now says they should -- a reversal that would benefit her now that she has won both states, unchallenged, following Tuesday's Florida primary. 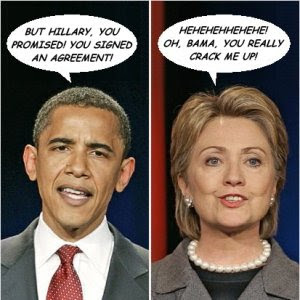 But that, some Democrats fear, could ignite a racially charged fight rivaling conventions of the 1960s, should her contest against Barack Obama remain close to the end.

[If the tactic as used] to defeat Illinois Sen. Obama, who is trying to become the first black president, "the most loyal constituency in the Democratic Party" -- African-Americans -- "will feel that they've been shut out of the party," he added. "And that will have huge repercussions -- not just at the presidential level, but in every race where African-American support can determine the outcome."

In September, the Democratic presidential candidates signed a pledge refusing to campaign in the states... Among the major Democratic candidates, only Sen. Clinton agreed to keep her name on Michigan's ballot. Supporters of Sen. Obama and former Sen. Edwards urged their voters to choose "uncommitted," in a bid to hold down her margin. The result was about 55% for Sen. Clinton and 40% uncommitted.

...Already the racial overtones are worrying party officials. The Clinton and Obama campaigns have traded charges of "voter suppression" in Nevada, South Carolina and Florida. Last week, before Saturday's South Carolina primary, Obama supporter Dick Harpootlian, a former state Democratic Party chairman, said he would be a poll watcher on primary day and "call the sheriff" if he saw Clinton supporters intimidating voters...


If nothing else, the story reminds me of a parable.

A young boy was trudging along a mountain path, trying to reach her grandmother's house. It was bitter cold, and the wind cut like a knife. When he was within sight of his destination, he heard a rustle at his feet. 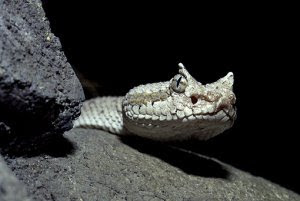 Looking down, he saw a snake. Before he could move, the snake spoke. It said, "I am about to die. It is too cold for me up here, and I am freezing. There is no food in these mountains, and I am starving. Please put me under your coat and take me with you."

"No," replied the boy. "I know your kind. You are a rattlesnake. If I pick you up, you will bite me, and your bite is poisonous."

"No, no," said the snake. "If you help me, you will be my best friend. I will treat you differently."

The little boy sat down on a rock for a moment to rest and think things over. He looked at the beautiful markings on the snake and had to admit that it was the most beautiful snake she had ever seen.

Suddenly, he said, "I believe you. I will save you. All living things deserve to be treated with kindness."

The little boy reached over, put the snake gently under her coat and proceeded toward his grandmother's house. Within a moment, he felt a sharp pain in her side. The snake had bitten him.

"How could you do this to me?" he cried. "You promised that you would not bite me, and I trusted you!"

"You knew what I was when you picked me up," hissed the snake as it slithered away.

Obama, you knew what she was when you entered this race.
at 7:50 PM
Email ThisBlogThis!Share to TwitterShare to FacebookShare to Pinterest
Labels: Democrats, Hillary, Obama