I don't frequently recommend articles over at the Stuffington Roast, but Paul Loeb's latest ("Hillary Clinton's Sleaze Parade") is worth the time. Loeb has assembed a veritable database of sleaze related to the Hillary campaign, including: 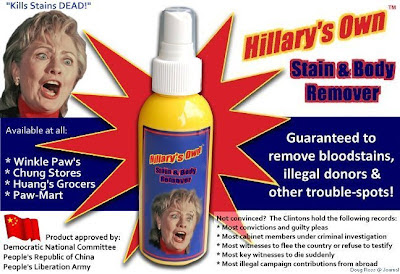 * Through proxies, worked the court system to discourage participation by voters inclined towards Obama and Edwards, most recently on the Vegas Strip

The list goes on and on and on.
at 8:40 AM
Email ThisBlogThis!Share to TwitterShare to FacebookShare to Pinterest
Labels: Democrats, Hillary, MSM