Eye on the World calls our attention to this amazing Reuters photo: 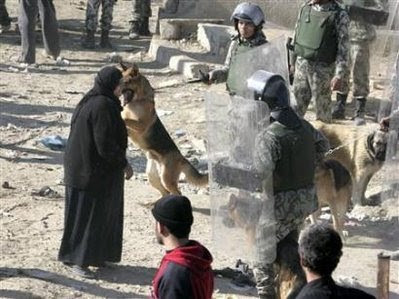 A Palestinian woman stands among Egyptian riot police as she tries to cross into Egypt through the destroyed section of the border wall between the Gaza Strip and Egypt, January 25, 2008. (Suhaib Salem/Reuters)

Oops. I guess I wrote the wrong headline.

Of course, if those riot police were Israeli, the headline and caption would be radically different.