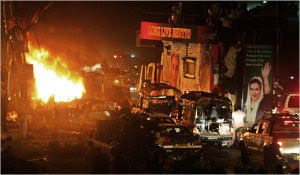 During a meeting with some Pakistani friends following the assassination of Benazir Bhutto, their discussion was centered on “the absence of any sign of grief from her husband Asif Ali Zardari!”

Later, I asked a British friend if the world should now be concerned about the possibility of Pakistan’s nuclear weapons falling into the hands of Al-Qaeda, the Taliban or any other extremist group. His answer was that Washington had a plan and that it was coordinating with a group of army and security officers in Pakistan whereby the US forces will carry out a military operation to remove Pakistan’s nuclear components and then destroy all the installations so that no nuclear weapons or reserves could fall into the hands of the enemies.

Benazir Bhutto’s assassination was not unforeseen, especially in light of the first assassination attempt that ‘greeted’ her upon her return and which resulted in the deaths of over 134 people...

As far back as 2001, Global Security speculated that the U.S. had just such a set of contingency plans in place: 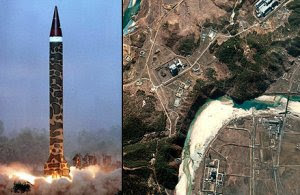 ...Secretary Rumsfeld's reiteration on CNN of the U.S. policy of not forswearing the use of nuclear weapons generated a few misguided articles in the Pakistani and Indian press about planned nuclear strikes on Afghanistan, but First World journalists didn't indulge in the same misinterpretation. Most damaging to coalition solidarity was Seymour Hersh's New Yorker article positing the U.S. seizure of Pakistan's atomic arsenal in the event of an anti-Musharraf coup. Pakistani observers bristled at this and at Indian press reports that Islamabad had handed Pak nuclear experts over to the CIA for questioning about links with al-Qaida. Papers in Egypt, the West Bank and Tunisia treated the stories as consistent with the assumed American (and Israeli) fear of Pakistan's "Islamic" bomb. Some Indian editorials implied that the world had woken up late to the danger of atomic weapons being in Islamabad's hands...

That the U.S. would be prepared to secure Pakistan's nukes seems entirely believable. As the Boulder Weekly reminds us, Wretchard's three conjectures still resonate years after being written, especially in the wake of the Bhutto assassination.

…obstacles to terrorist capability are the sole reason that the War on Terror has not yet crossed the nuclear threshold. The terrorist intent to destroy the United States, at whatever cost to themselves, has been a given since September 11. Only their capability is in doubt. 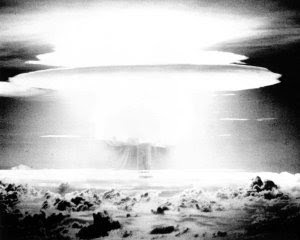 This is an inversion of the Cold War situation when the capability of the Soviet Union to destroy America was given but its intent to do so, in the face of certain retaliation, was doubtful… The relevant Cold War question was ‘do they intend to use the Bomb?’ In the War on Terror, the relevant question is simply ‘do they have the Bomb?’ This puts the nuclear threshold very low...

...It is supremely ironic that the survival of the Islamic world should hinge on an American victory in the War on Terror, the last chance to prevent that terrible day in which all the decisions will have already been made for us. That effort really consists of two separate aspects: a campaign to destroy the locus of militant Islam and prevent their acquisition of WMDs; and an attempt to awaken the world to the urgency of the threat. While American arms have proven irresistible, much of Europe, as well as moderates in the Islamic world, remain blind to the danger and indeed increase it. Prime Minister Mahathir Mohammad recently "told an international conference of young Muslim leaders ... (that) ... Muslims must acquire skills and technology so they can create modern weapons and strike fear into the hearts of our enemies". Fecklessness and gunpowder are a lethal combination. The terrible ifs accumulate.

Preventing nuclear weapons from falling into the hands of Jihadists is truly the most important work in the history of mankind. And the armed forces of the United States are at the forefront of this mission to save humanity from itself.
at 12:18 PM
Email ThisBlogThis!Share to TwitterShare to FacebookShare to Pinterest
Labels: Democrats, extremism, War