Something Hamas and Fatah can agree on


Kevin Peraino, writing in Newsweek ("The PR War in Gaza"), describes one thing that Hamas and Fatah can agree on.

Consider the case of Mahmoud Zahar, currently the most powerful Hamas figures in the Gaza Strip... One of the movement's leading hawks, he displays a deep suspicion of most Westerners, journalists included. A New York Times reporter once asked the Islamist, who is a medical doctor by trade, about his field of expertise. "Thyroids," Zahar replied. "I'm very good at cutting throats." 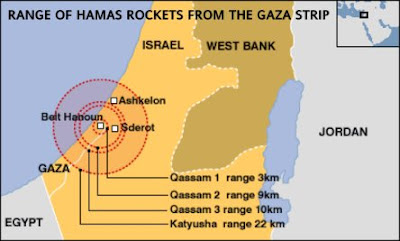 ...[yet] some secular West Bankers I talked to last week were a little choked up when they heard the news that Zahar's 20-year-old son, Husam, a militant in Hamas's Izzedine al-Qassam militia, was killed during a recent Israeli incursion into northern Gaza. Husam is the second of Zahar's three sons to have been killed by Israeli forces; in 2003, Zahar's son Khaled died when an F-16 dropped a bomb on his father's house in an assassination attempt.. "I feel sorry for him," said one secular Palestinian friend, who is generally no fan of Zahar's. Even President Mahmoud Abbas -- who is still fuming about the Islamists' June coup in Gaza -- offered Zahar his condolences, which the Islamist quickly accepted. It was the first time Hamas and Fatah leaders had said anything supportive about each other in months...

I could see folks getting a "little choked up" for the throat-cutter's terrorist son.
at 8:28 PM
Email ThisBlogThis!Share to TwitterShare to FacebookShare to Pinterest
Labels: extremism, War