Judicial Watch pried a small number of 1993 documents from the Clinton Library related to the first version of HillaryCare. The revelations are astounding -- and are now rippling through the blogosphere at the speed of light. 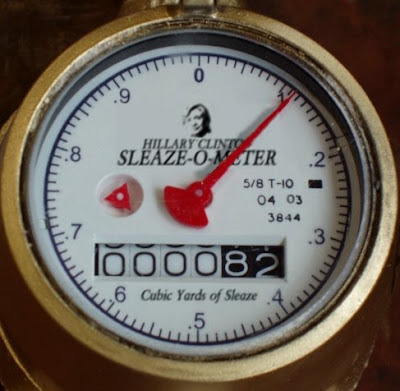 Furthermore, the Clintons are blocking the release of the motherlode:

The National Archives admits there may be an additional 3,022,030 textual records, 2,884 pages of electronic records, 1,021 photographs, 3 videotapes and 3 audiotapes related to the Task Force that are being withheld indefinitely from the public. On November 2, 2007 Judicial Watch filed a lawsuit with the U.S. District Court for the District of Columbia against the National Archives to force the release of all the Task Force records.

What's contained within the tiny number of documents that have been released?

• A June 18, 1993 internal Memorandum entitled, “A Critique of Our Plan,” authored by someone with the initials “P.S.,” makes the startling admission that critics of Hillary’s health care reform plan were correct: “I can think of parallels in wartime, but I have trouble coming up with a precedent in our peacetime history for such broad and centralized control over a sector of the economy… none of us knows whether we can make it work well or at all…” 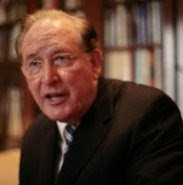 • A “Confidential” May 26, 1993 Memorandum from Senator Jay Rockefeller (D-WV) to Hillary Clinton entitled, “Health Care Reform Communications,” which criticizes the Task Force as a “secret cabal of Washington policy ‘wonks’” that has engaged in “choking off information” from the public regarding health care reform. The memorandum suggests that Hillary Clinton “use classic opposition research” to attack those who were excluded by the Clinton Administration from Task Force deliberations and to “expose lifestyles, tactics and motives of lobbyists” in order to deflect criticism. Senator Rockefeller also suggested news organizations “are anxious and willing to receive guidance [from the Clinton Administration] on how to time and shape their [news] coverage.”

• A February 5, 1993 Draft Memorandum from Alexis Herman and Mike Lux detailing the Office of Public Liaison’s plan for the health care reform campaign. The memorandum notes the development of an “interest group data base” detailing whether or not organizations “support(ed) us in the election.” The database would also track personal information about interest group leaders, such as their home phone numbers, addresses, “biographies, analysis of credibility in the media, and known relationships with Congresspeople...”

Judicial Watch ... managed to wrangle [a few documents] from the Clinton Library on the topic of Hillarycare circa 1993. Specifically, some of the documents detail ... how to deal with the First Lady's detractors. And the tactics discussed (including ... "expose lifestyles, tactics and motives of lobbyists") are of a flavor that can best be described as Clintonian.

Impeach the credibility of opponents: 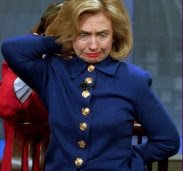 * Avoid partisan targeting. Demonstrate that opponents are advocates of delay or inaction, regardless of party affiliation. Moderate Republicans must be broken from conservative ranks.
* Expose opponents as "professional lobbyists" with values and interests divorced from average Americans (document salaries, perks, ideological extremism, and provide all to the media.
* Use classic opposition research to expose their selfish and short-sighted motivations, and obstructionist tactics (collect mailings, track ad campaigns, investigate expenditures, and provide to the media)...

...If the modern day Clinton machine is aptly characterized as one of meticulous scripting, triangulation, and... lets face it, ham-fisted sock puppetry, Senator Rockefeller may deserve some credit for showing them the ropes.

Non-partisan: The National Health Policy Council is the most obvious existing organization to be expanded for this purpose...

* ... A high-profile announcement of the decision to take this "aggressively non-partisan approach" would be extremely helpful in building public confidence and support...
* General public would recognize this as a clear attempt to break through partisan politics and gridlock.

NOTE: Just so you understand, I have been involved with NHPC, as honorary chair, for nearly two years. I can attest to their effectiveness and their breadth both geographically and politically. I have considered other existing organizations, but I believe NHPC would serve you needs best, in part because I know that the people involved are prepared to do anything you would ask of them. 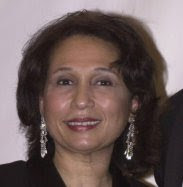 The Bush administration has taken plenty of heat over their alleged politicization of the White House, especially in the roles Karl Rove has played in the past two terms. The release of the memos from the 1993 Health Care Task Force might put that in some perspective. The HCTF anticipated a tough debate over its proposal to nationalize American health care, and it proposed some specific remedies -- including using the DNC to conduct intelligence operations... A February 1993 memo to Hillary Clinton from Alexis Herman and Mike Lux proposes that the HCTF -- a White House policy group -- enlist the DNC for several purposes, discussed on page 5:

The DNC clearly has a critically important role to play in the campaign. I would suggest the following roles ...

3. The DNC can be instrumental for us in intelligence gathering and opposition research. Their staff will hear talk about things that may never reach us inside these walls...

...The HCTF foresaw using the DNC to "gather intelligence" on political opposition -- a way to gain information to intimidate or extort their critics. It's bad enough when electoral campaigns do this, but having the White House use the DNC for these purposes doesn't border on abuse of power but invades it with a vengeance.

And this memo came to Hillary Clinton a mere two weeks after her husband's inauguration...

Ed concludes with a call for Hillary to release all of the records. The tiny fraction that have come to light reveal a stunning disregard for the separation of Clintons' office from their political party. But I suppose we already knew that.

For this option to work best, we would recommend the following: 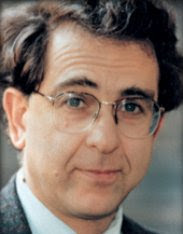 1. The summit would be a two day event structured similarly to the economic summit except with Mrs. Clinton running it. The
President should come by to open or close the event, but should not be there most of the time.

2. It should be held outside of Washington, D.C.

3. This should be an event where the average people dealing with the health crisis get their chance to speak up. Although individual health care providers should be invited to speak, no one who is head of or lobbyist for a trade association or other
interest group should be asked to speak.

4. There should be at least two or three people with specific horror stories, but there should also be several middle class
people with decent benefits who are feeling squeezed and worried.

5. Small business people should be prominently featured. There should also be at least one Fortune 500

6. Senior citizens should be there, and should be encouraged to talk openly about their insecurities about potential changes in medicare and their choice of doctors.

If these fears are expressed, and we deal with them head on, we will gain immeasurably.

Hillary's contribution to the debate: the politics of personal destruction

I'd like to say in 15 years, Hillary has changed her tactics. But the same strategy of demonization and class warfare continues — against Obama now, against Republicans later. It's called the politics of personal destruction. In 35 years, that's the one change she's brought to the nation.