Morris and McGann report on Hillary's massive conflict of interest:

As American banks go hat in hand to foreign financial institutions and governments, begging for capital to help them get out of the mess into which their subprime loans have landed them, the question arises as to whether the United States should permit nations like China, Saudi Arabia, the United Arab Emirates (UAE) and the banks they control to acquire part ownership of our leading banks. 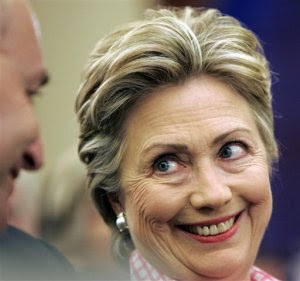 The presidential candidates discussed this issue in their Nevada debate and Hillary was asked about it in an interview with Neil Cavuto on the FOX Business Network yesterday. She replied that she would not “stand in the way” of such investments, but said that they needed to be vetted and called for more disclosure and “transparency.”

...Bill [Clinton] — and therefore [Hillary] — have been getting a reported $10 million per year from a fund that administers the investments of the Emir of Dubai, the largest component state in the UAE...

...Neither Dubai nor Saudi Arabia would be permitted to contribute to Hillary’s campaign. Foreigners are not allowed to do so, precisely to avoid having potential office holders compromised by gratitude for their financial support. But these nations have used the porous ethics of the Clinton family to acquire positions of massive influence by making contributions, not to her campaign, but to her personal bank account — either through Bill or through the Library and Foundation, which the Clintons directly control... 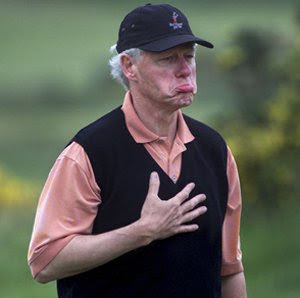 And it is for exactly this kind of situation that the Clintons should be required to divulge the extent of their involvement with foreign interests and exactly how much money their personal bank accounts and their Library/Foundation have received. (The Saudi donation to the Library and Foundation was only discovered by the New York Times when the information was inadvertently posted on the Library’s Web site. Soon after the story appeared, it was taken down. The Clintons refuse to reveal the donors to the Library or the related Foundation.) Hillary and Bill have also refused to release their income tax returns, despite the fact that Bill willingly released his when he was running for president.

These questions are legitimate and highly germane:

* Who is paying Bill Clinton and how much he is being paid?
* Who are the donors and the amounts paid to the Bill Clinton Library/Foundation?
* Why won't the Clintons release their income tax returns?

The Clintons' net worth is reported to have risen to around $40 million in very short order. Someone's been paying their bills.

Hillary's been about as transparent as an ancient pyramid at night. She is not a legitimate choice for President until and unless she releases this information.
at 12:09 PM
Email ThisBlogThis!Share to TwitterShare to FacebookShare to Pinterest
Labels: Democrats, Hillary