Someone pinch me, Frank Rich won my Line o' the Day award 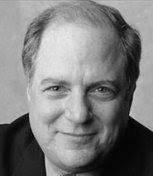 Asked by Tim Russert at a September debate whether the Clinton presidential library and foundation would disclose the identities of its donors during the campaign, Mrs. Clinton said it wasn’t up to her. “What’s your recommendation?” Mr. Russert countered. Mrs. Clinton replied: “Well, I don’t talk about my private conversations with my husband, but I’m sure he’d be happy to consider that.”

Not so happy, as it turns out. The names still have not been made public.

Just before the holidays, investigative reporters at both The Washington Post and The New York Times tried to find out why, with no help from the Clintons. The Post uncovered a plethora of foreign contributors, led by Saudi Arabia. The Times found an overlap between library benefactors and Hillary Clinton campaign donors, some of whom might have an agenda with a new Clinton administration. (Much as one early library supporter, Marc Rich’s ex-wife, Denise, had an agenda with the last one.) “The vast scale of these secret fund-raising operations presents enormous opportunities for abuse,” said Representative Henry Waxman, the California Democrat whose legislation to force disclosure passed overwhelmingly in the House but remains stalled in the Senate.

...When Mrs. Clinton was asked by Mr. Russert at an October debate if she would [allow the HillaryCare records to be relelased], she again escaped by passing the buck to her husband... The credibility of a major Clinton campaign plank, health care, depends on it. In that same debate, Mrs. Clinton told Mr. Russert that “all of the records, as far as I know, about what we did with health care” are “already available.” As Michael Isikoff of Newsweek reported weeks later, this is a bit off; he found that 3,022,030 health care documents were still held hostage...

Update: The runner-up for my Line o' the Day is from Small Dead Animals:

...the one question no interviewer has yet had the courage to ask of Hillary - What will you do, as President, if there is another bimbo eruption in the White House?