A stone seal bearing the name of one of the families who acted as servants in the First Temple and then returned to Jerusalem after being exiled to Babylonia has been uncovered in an archeological excavation in Jerusalem's City of David, a prominent Israeli archeologist said Wednesday. 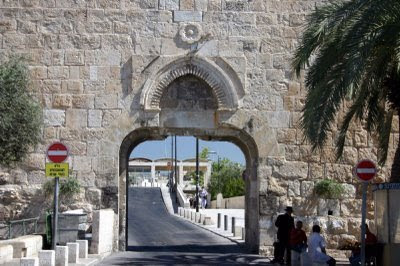 The 2,500-year-old black stone seal, which has the name "Temech" engraved on it, was found earlier this week amid stratified debris in the excavation under way just outside the Old City walls near the Dung Gate (pictured above), said archeologist Dr. Eilat Mazar, who is leading the dig. 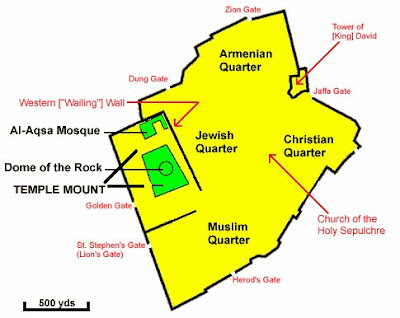 According to the Book of Nehemiah, the Temech family were servants of the First Temple and were sent into exile to Babylon following its destruction by the Babylonians in 586 BCE... The family was among those who later returned to Jerusalem, the Bible recounts... 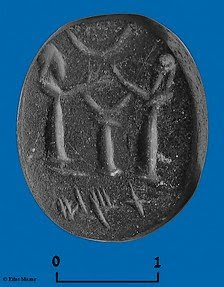 ...The 2.1 x 1.8-cm. elliptical seal is engraved with two bearded priests standing on either side of an incense altar with their hands raised forward in a position of worship...

...The Bible refers to the Temech family: "These are the children of the province, that went up out of the captivity, of those that had been carried away, whom Nebuchadnezzar the king of Babylon had carried away, and came again to Jerusalem and to Judah, every one unto his city." [Nehemiah 7:6]... "The Nethinim [7:46]"... The children of Temech." [7:55].

...The seal of one of the members of the Temech family was discovered just dozens of meters away from the Opel area, where the servants of the Temple, or "Nethinim," lived in the time of Nehemiah, Mazar said... "The seal of the Temech family gives us a direct connection between archeology and the biblical sources and serves as actual evidence of a family mentioned in the Bible," she said. "One cannot help being astonished by the credibility of the biblical source as seen by the archaeological find."

In an earlier interview (Feb. 14, 2007) with archaeologist Mazar, I noticed this almost shocking snippet: 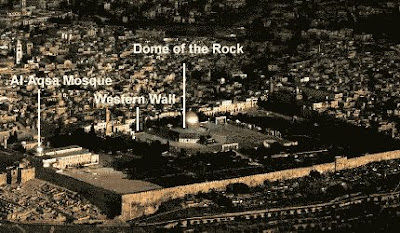 Mary Ellen Marks Highland Lakes: Is it true that the Ark of the Covenant is buried under the mount?

Dr. Mazar: There is a very high probability that the most important ancient remains are inside the compound in the massive underground halls. This includes the Ark of the Covenant...

Margaret, Sydney, Australia: Why is the site important to the Christians?

Dr. Mazar: The Temple Mount is of extreme value to the Christians as well, as it was the very spot where the Temple stood, at which Jesus himself arrived and became infuriated when he saw that it was being desecrated by so many people. He said that this was the holy place that the people must respect, and then he overturned the tables in fury...

The Ark of the Covenant? 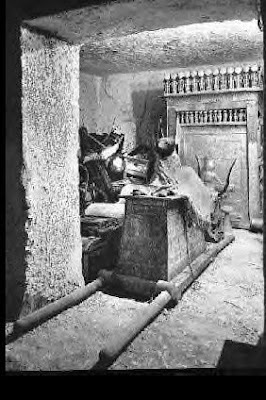 Hat tips: El Naar and Masada 2000 (close-in photos).
at 10:47 AM
Email ThisBlogThis!Share to TwitterShare to FacebookShare to Pinterest
Labels: Civilization