Before the Nevada Caucuses 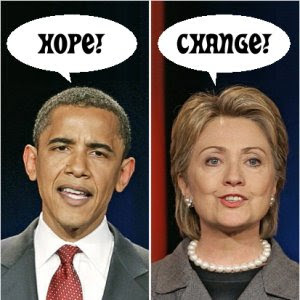 After the Nevada Caucuses 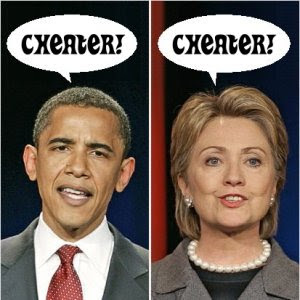 I guess we’re just going to have to get used to this sort of after-the-fact crying foul in every single election involving a Democrat... It’s not just one diary on Kos. Here’s another. The Obama campaign itself has made the claim of “more than 200 voting irregularities” in Nevada... We never hear anything like this on the Republican side.

For those who think it's a foregone conclusion that Obama would accept an offer of the Veep slot from Hillary, here's some food for thought.

* Co-presidents: the role of VP in a Clinton co-presidency would be devastatingly slim. Consider Al Gore.

* Eight year wait: Obama's choice -- sit for as long as eight years as a third player in the White House... or secretly undermine Hillary in the '08 general election to ensure a GOP victory; and then come out swinging in 2012 (perhaps against a 75 year-old McCain).

If these thought processes are going through Obama's head, I think odds are better than 50-50 that we could see a Hillary-Edwards ticket. You heard it here first.

For those of you who saw the movie Waiting, yes, this post's headline is a secret reference!
at 8:46 AM
Email ThisBlogThis!Share to TwitterShare to FacebookShare to Pinterest
Labels: Democrats, Edwards, Hillary, Obama