The slogan of the Darwin Awards is Chlorinating the Gene Pool. These dudes took that saying to the next level.

Say you wanted to grill on an electric Hibachi while still enjoying your giant inflatable pool. I don't know about you, but the first thing I'd think of is: let's stick a card table in the middle of the pool, put a grill on it, and then float a power-strip on a pair of flip-flops to make sure the power can reach the grill. 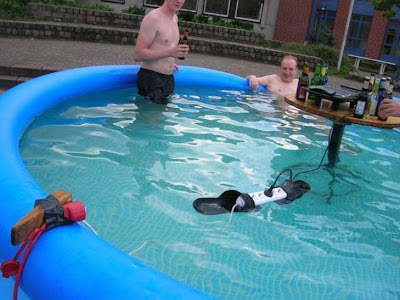