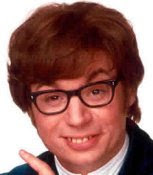 More than seven million patients have been unable to see an NHS dentist for almost two years.

Most of those denied access have paid for private care instead, says Citizens Advice.

But almost three million have gone without treatment altogether, claims the charity.

The figure includes thousands of children and is much higher than Government estimates...

Greedy British. How many teeth do they think a person needs?
at 9:30 PM
Email ThisBlogThis!Share to TwitterShare to FacebookShare to Pinterest
Labels: Democrats, Healthcare, Hillary