At the time of the debate (roughly 8:37P ET), these were the top 10 questions based upon number of votes received:

10 [Govt. Spending & Debt] Our Founding Fathers created a limited federal government to protect the citizens from a large bureaucracy. What are you going to do, specifically,to downsize the federal government and help reduce the deficit? Gerry, Mount Laurel, New Jersey 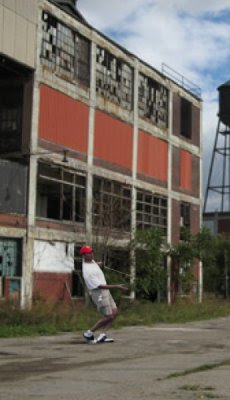 9 [Immigration] With so many people waiting years if not decades to enter this country legally, why do we give illegals so many benefits, like free health care, schooling, and in-state-tution while denying these things to American citizens and legal residents? John, Bronx, New York

8 [Immigration] Barack Obama decreed without congressional approval that hundreds of thousands of illegal aliens will receive a reprieve from deportation. Many members of Congress say this is a backdoor Amnesty. As President, will you rescind this order? William, Raleigh, North Carolina

7 [Social Issues] Why does America give away our citizenship? When a child is born here it should have to have a least one parent that is here legally or a US citizen before citizenship is just automatically given. Do you agree? Cypress, Texas

6 [Other] Americans are concerned about the size of the fed government and its infringement on state rights. How will you restore the 10th Amend., hold the fed gov’t only to those enumerated powers in the Constitution, and allow states to govern themselves? Spencer, Spencer, Indiana

5 [Jobs & Economy] In the last debate a young man asked the question, "of every dollar that I earn, how much do you think that I deserve to keep?" That question was never answered. Can any of you directly answer that question? Craig, Holmesville, Beatrice

4 [Govt. Spending & Debt] Members of Congress get paid 15,000 a month after only one term for the rest of their life. Wouldn't it be just and save the US a lot of money if we cut the Congress's paychecks? Jessica, Ventura, California

3 [Govt. Spending & Debt] On 10/8/10, IBM offered the President, at no charge, their services to uncover $900 billion in waste and fraud in Medicare. President Obama turned them down. How would you have reacted? Wayne, Iron Springs, Prescott

2 [Govt. Spending & Debt] Would you favor repealing the golden parachute retirement benefits that Congress now enjoys and make them subject to Social Security and Medicare just like everyone else? Anyone, Flowery Branch, Georgia

1 [Immigration] With so many people waiting years if not decades to enter this country legally, why do we give illegals so many benefits, like free health care, schooling, and in-state-tution while denying these things to American citizens and legal residents? John, Bronx, New York

Actually, I'm a bit surprised by these questions. I'd have thought that concerns with the economy would have dominated the Q&A.