I don't ever want to hear another stinking word from you liberal drones about "infrastructure projects"!

Well, there's a couple of trillion dollars we'll never get back (not to mention our kids and grandkids).

While Obama’s out there pointing at bridges that might need repair, Orrin Hatch reveals that there were 35 states that got less stimulus money for their roads, highways, and bridges than Solyndra did in a guaranteed loan for their green jobs scam...

Here’s a chart, courtesy of PJ Tatler, that shows how much money each of these 35 states got for their ‘shovel ready’ jobs in comparison with what Solyndra got in a guaranteed loan. And notice that only three of them exceeded $500 billion.

In related news, senior Solyndra executives apparently lied to Congress when they offered to speak openly in exchange for a scheduling delay in their testimony. 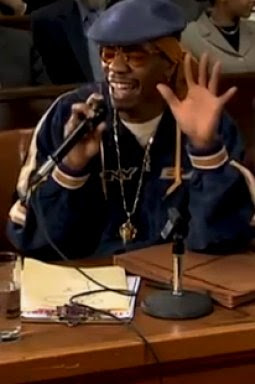 The top executives at Fremont's bankrupt solar manufacturer Solyndra plan to invoke their Fifth Amendment rights and refuse to answer questions when they appear at a congressional hearing Friday.

Brian Harrison, Solyndra's CEO, and W.G. "Bill" Stover, the company's chief financial officer, have voluntarily agreed to appear before the House Energy and Commerce Committee on Friday and had previously assured congressional staffers they would testify...

...The House committee plans to go forward with Friday's hearing even though Harrison and Stover will not testify.

"Both Mr. Stover and Mr. Harrison will be sworn in under oath this Friday," said a statement issued by the committee Tuesday. "We have many questions for Solyndra's executives on their dealings with the Obama administration, their efforts to secure federal support for a project that appeared doomed from the outset, and why they made certain representations to Congress regarding their dire financial situation just two months ago. We would encourage Mr. Harrison and Mr. Stover to reconsider this effort to dodge questions under oath and hide the truth from those American taxpayers who are now on the hook for their $500 million bust."

Obviously the Obama administration has already determined that infrastructure projects aren't quite as important as enriching their crony contributors.

Therefore the administration's pleas for more infrastructure spending appears about as genuine as a Hillary Clinton $3 bill.


Note: Click image above to see an artist's depiction of Solyndra's testimony.