While President Obama reads from his twin teleprompters, trying to convince Americans that he cares about jobs, his out-of-control EPA continues to lay waste to the private sector. 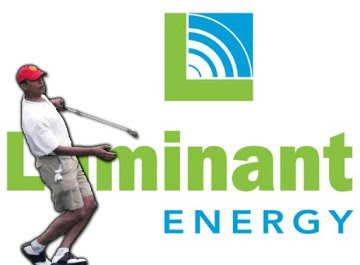 It was sadly ironic that Texas energy company Luminant announced it would lay off 500 employees on the same morning that President Obama unveiled legislation designed to promote job growth. The company said that a new rule from the Environmental Protection Agency will force it to cease operations at two electricity generating plants, and close three coal mines...

...The company cited the EPA’s new cross-state pollution rule as the impetus for the decision, and noted that it had worked to identify other means of reducing emissions, but that “meeting this unrealistic deadline also forces us to take steps that will idle facilities and result in the loss of jobs,” Campbell said.

Campbell also announced that the company has filed a lawsuit against the EPA in an effort “to achieve [EPA emissions] goals without harming critically important Texas jobs and electric reliability.” The suit seeks to block the cross-state pollution rule for Texas companies, and to grant a stay to Texas companies to prevent them from having to comply with sulfur dioxide and nitrogen oxide emissions standards by the existing January 1, 2012 deadline.

...Even groups generally on the political left have spoken out against those regulations while still noting the importance of environmental concerns. The president of the St. Louis chapter of the AFL-CIO, a member of the Missouri clean coal group, called on the EPA to “consider a balanced approach that gives us cleaner air without sacrificing jobs and increasing energy prices.”

Last month, an official of the U.S. Chamber of Commerce predicted that the EPA's lawless, unscientific and arbitrary regulations would kill thousands of jobs. That prediction is coming true as we speak.

Intentional and vengeful. The EPA, loaded with destructive regulations dreamed up by the devious Cass Sunstein, is always ready to enable the Cloward-Piven strategy to take down successful businesses in the private sector and put more people out of work, especially if they're in red states. like Texas - a state Comrade Barry despises.