There are several political signs attracting all kinds of attention in one Uptown neighborhood... On Wednesday, crowds gathered at the corner of Calhoun and Coralie streets, looking at several signs depicting President Barack Obama as either a dunce, a puppet or a crying baby in a diaper. 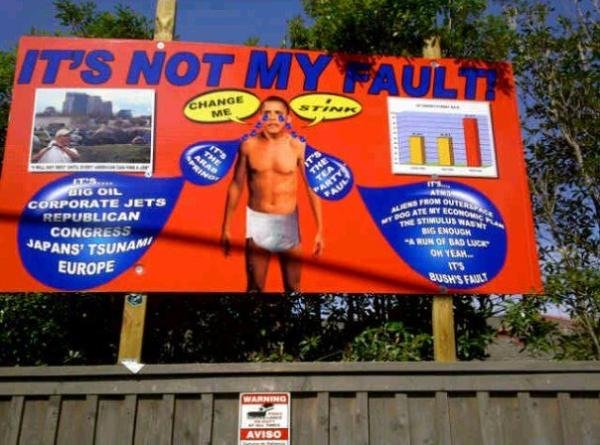 ... "This is nothing put pure racism," said Raymond Rock. "This is a disgrace." 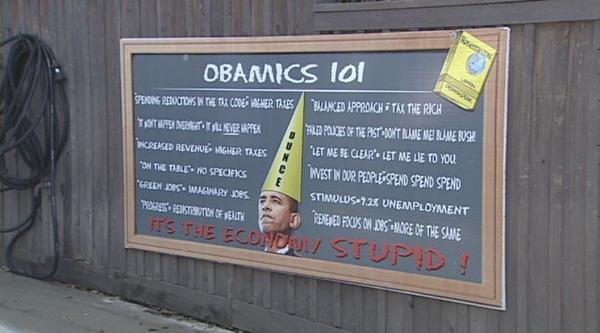 The home is owned by Timothy Reily, who declined to be interviewed about the signs. Former Mayor Ray Nagin showed up at the house and went inside to speak with Reily. He emerged later and would not comment on what they discussed. 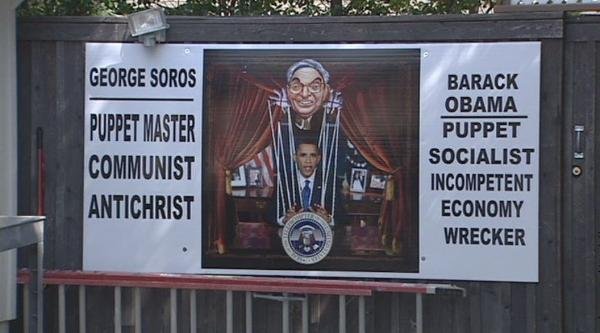 ... "I think it's fine. It's on his property," said Katherine deMontluzin. "He can say whatever he wants." 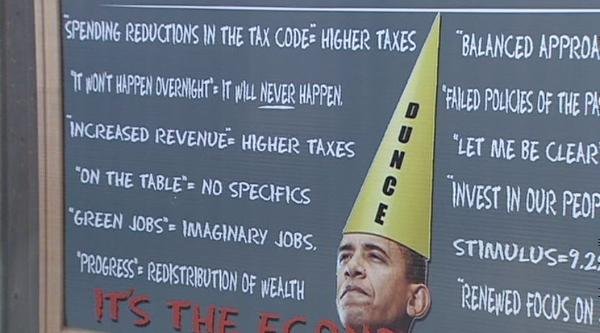 The signs have created such a firestorm of controversy, though, that police came to the scene-- called in by City Council Member Susan Guidry. She represents the district where the home is located. Guidry said she was concerned about public safety and was trying to figure out if the sign was even legal. She also said she spoke to Reily, but didn't get far. 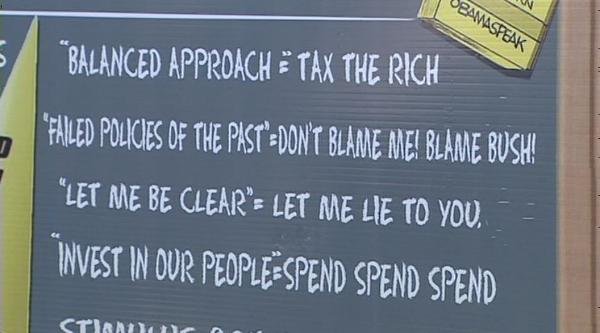 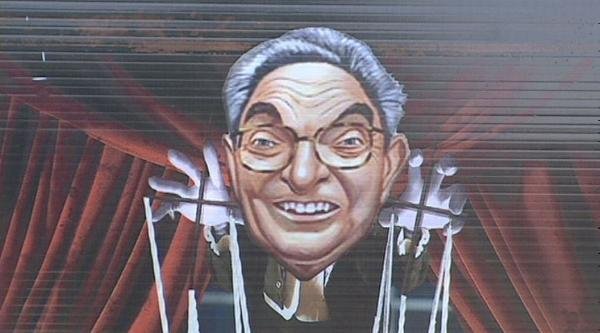 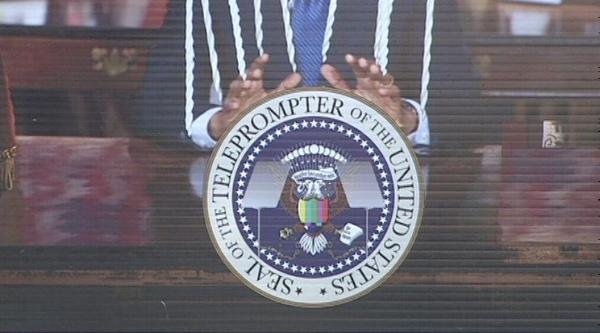 ...Yet, the signs remain in place, fanning the flames of a free speech debate on both sides of the fence.

I love how liberals crow about free speech rights --- until they interfere with their blinkered worldview.

at 8:13 PM
Email ThisBlogThis!Share to TwitterShare to FacebookShare to Pinterest
Labels: Democrats, Obama

Keep him in your prayers; they may try to destroy his house.

Why are these fools concerned now? They weren't concerned when the liberals were saying things much worse than this about Bush. Typical liberals, they think free speech only pertains to them. Liberalism is a severe mental disorder.

Very clever, looks to be the work of an artist or professional graphic designer. Also a very smart and politically astute person. There appear to be NO misspellings. These are some of the best anti-0bama signs I've ever seen - they don't miss a trick. I thought my TP signs were great until I saw these!

If you read and view the article that started this on Drudge...you are in for a big surprise!

Seems these have been up for months and are just now being talked about!

Tame stuff compared to the signs about Bush

This guy must hang out with Diaper Dave Vitter.
Breakout the Boudreaux's Butt Paste!

Great stuff! America is finally pushing back against the oppressor! Obviously the sign makers know a thing or two about politics, or the lack thereof when it comes to Obama. Maybe the liberals will finally come to terms with their stupidity.