Obama: my plan will "put businesses in a further hole" 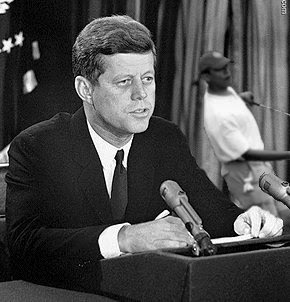 ...We shall, therefore, neither postpone our tax cut plans nor cut into essential national security programs. This administration is determined to protect America's security and survival, and we are also determined to step up its economic growth. And I think we must do both...

...It should also be noted that the federal debt, as a proportion of our gross national product, has been steadily reduced in the last years... Federal civilian employment, for example, is actually lower today than it was in 1952... 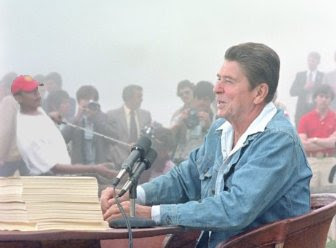 These bills that I'm about to sign represent a turnaround of almost a half a century of a course this country's been on...

This represents $130 billion in savings over the next 3 years...

This represents $750 billion in tax cuts over the next 5 years...

Barack Obama, in one of his countless speeches, 5 August 2009:

* * * * * * * * *
History, logic and reason tell us that raising taxes on the private sector -- especially America's entrepreneurs and business owners (the filthy "rich") -- will further wound the economy.

In fact, President Obama admitted as much in 2009, before he read his latest poll numbers. He is clearly panicking over deteriorating support among his crackpot, moonbat base (which is the term they prefer, I hear).

In his latest Rose Garden speech on the economy yesterday, the Demagogue-in-Chief continues to: (a) ignore the recommendations of his own deficit commission; (b) ignore his own deal extending the "Bush Tax Cuts"; and (c) reject his own counsel from 2009.

President Obama is in full campaign mode, which means that he must try to deflect blame, shape-shift, obfuscate and fabricate.

The problem is, his record is clear: he is an epic failure on every front. And there's no running away from that inconvenient truth.

"his record is clear: he is an epic failure on every front."

Not true. Assume that sabotage was the only plan right from the beginning, THEN his record becomes clear. He has been very, very successful.