Reports surfaced Wednesday that the U.S. Border Patrol had seized six assault rifles, one rocket launcher, a grenade launcher, and three packages of what appeared to be C-4 explosives near the Rio Grande River.

But, folks, please don't be concerned. Nothing says competence like the crackerjack combination of Eric Holder and Janet Napolitano: 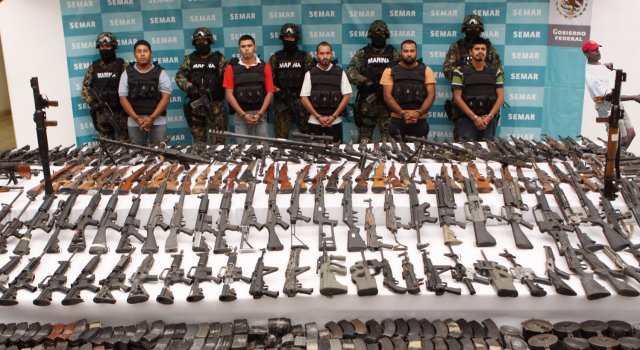 ...Let’s review: When we first learned about Fast and Furious, the news was that a number of assault rifles had been sold to straw purchasers. Soon, we learned that the number was approximately 2,500 and that some of those were .50 caliber sniper rifles. Then we learned that somewhere between 1,200 and 1,300 of the weapons were unaccounted for, and that the ATF had allowed another upstanding gentleman to walk grenade components into Mexico (I guess he ended up in Mexico: no one knows because the ATF lost him). And finally, we’re learning that just a few days ago, on our side of the border, U.S. Border Patrol Agents found rocket and grenade launchers, assault rifles, and C4 explosives.

We’ve got to get to the bottom of this mess. But until we do, everyone who’s interested ought to head down to their local Fast and Furious dealer and get a rocket launcher while supplies last.

And those airplanes that could be brought down by RPGs? Not to worry, they could be corporate jets owned by millionaires and billionaires.