MSM Does Damage Control for Michelle Obama: 'She Has a Fondness for Affordable Clothes'

"...it wasn't until I stepped away from the corporate track and worked in city government and eventually helped to found the Chicago chapter of Public Allies, an AmeriCorps program, a national service program, that I realized how important public service and community service was to my own development... And now that the two of us have moved to Washington, our new home -- (applause) -- we both have continued to stress the value of national and community service..." --Michelle Obama, 17 March 2009 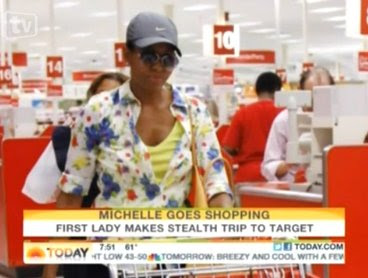 Check this out. Behind those dark glasses, tucked under that Nike cap, one of the world's most famous women. Yes, that is the First Lady of the United States at Target...

...Like any mom, except her aide was juggling not one, but two Blackberries. Secret Service agents were blending in, dressed down in casual clothes. Mrs. Obama spent 40 minutes in the store Thursday afternoon, apparently unnoticed by other shoppers. Sources say she was recognized only by the cashier and a photographer from the Associated Press who worked sources to find out she was there. [Ed: heh!]

[She has a] fondness for affordable clothes. 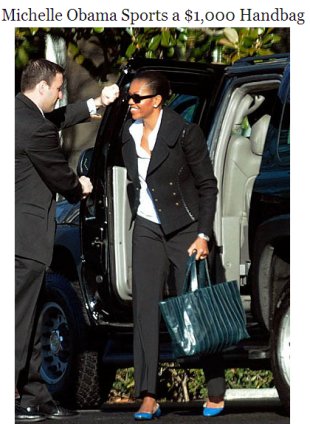 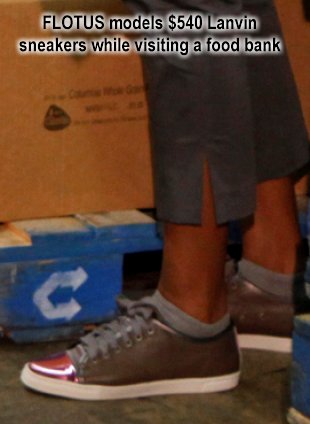 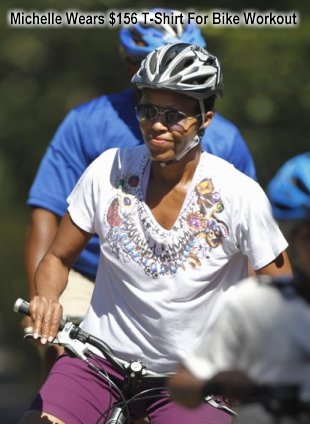 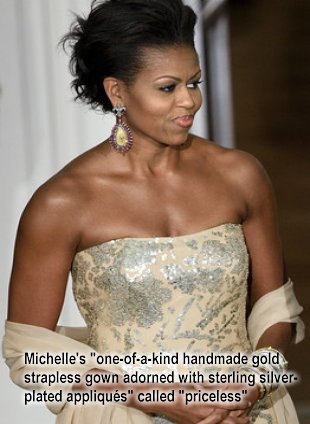 Michelle Obama is the very model of selfless public service.

For Michelle Obama, everyday life translates to spending $10 million of the taxpayers' money on vacations in only a single year's time and living like, well, a millionaire or billionaire.

But thank Gaia she's not one of those eebil corporate jet owners.

So this is where all the stimulus money went...and why we need 400 billion more in stimulus money. . locomotivebreath1901, she doesn't need a corporate or private jet--how puny are those...she has Air Force One.

Hey, give her a break. She's just trying to keep it real. She'd feel more at home at Walmart with her people.

What's more amazing than the MSM's pathetic spin, is that Michelle would debase herself with such an obviously phony stunt.

Doncha just love the smell of desperation wafting from the WH in the morning?