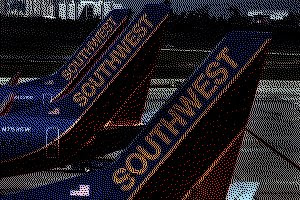 Southwest Airlines is confirming an investigation is underway into suspicious markings on the underbellies of a number of its passenger planes... The markings are not in English, possibly Arabic and first appeared several months ago but the number of incidents have become more frequent. Southwest spokeswoman Brandy King calls it an “internal vandalism issue.”

King says it would appear that the incidents are originating from someone with safety and security access to airplanes.

The questions that are not being answered: which airports are being affected and if other airlines are being targeted. Though sources tell KMOX News that two or three Southwest planes with the markings have been seen at Lambert Airport.

King denies that there are any risks to the flying public even though Southwest is not revealing how the person or persons is gaining access to airplanes.

I was sent this by someone who can’t be named. SWA has clamped down on anything coming from internal staff.

All this Arabic markings crap. They all know they are swords. My source says that some flights will only make $20.00 (why they like carry on dogs) and this could cause many to not fly and hurt business. 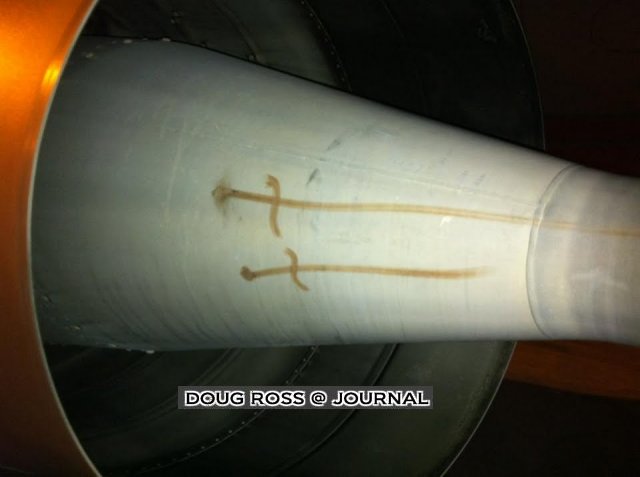 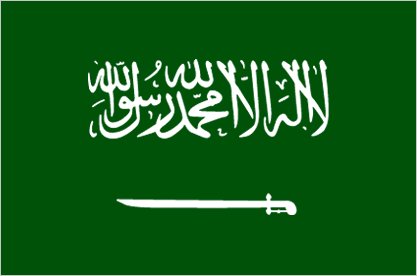 This is the flag of Saudi Arabia, just for your reference. 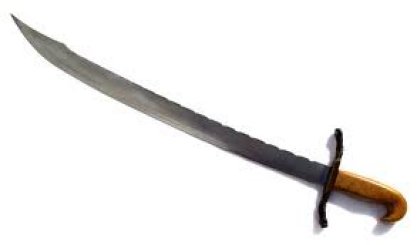 And this is the classic Arab scimitar, just for your reference.

CBS is helping Southwest do its level best to minimize the issue, calling the markings "graffiti".

Some mysterious graffiti has been appearing on the outside of some Southwest Airlines planes... The airline released this statement about the situation: "Southwest takes this behavior very seriously, and we will continue to involve local and federal law enforcement agencies as needed until the situation is resolved. We want to reassure customers and employees that safety is always our primary consideration, and the safety of our aircraft is in no way impacted by this act of vandalism."

Thank goodness we have the crack homeland security chief Janet Napolitano watching out for us. What could go wrong?

Update: "It's NOT Arabic but experts say mystery marks on Southwest Airlines planes ARE graffiti - so how did they get there?"

The airline had suggested the symbols, which only show up with heat and are believed to be vandalism, looked like Arabic writing... However the Department of Arabic and Islamic Studies at Georgetown University in Washington D.C. looked at the photos for MailOnline and a spokesman concluded they are ‘not Arabic script’. 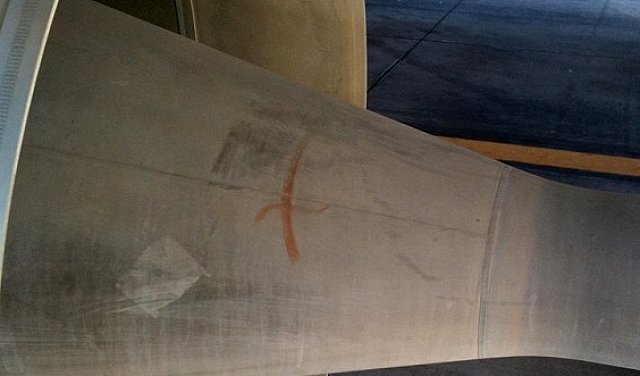 ...Most of the affected planes appear to be flying out of Los Angeles, California. Southwest Airlines said the markings are not seen as a threat, but began appearing on the bellies of its jets earlier this year... 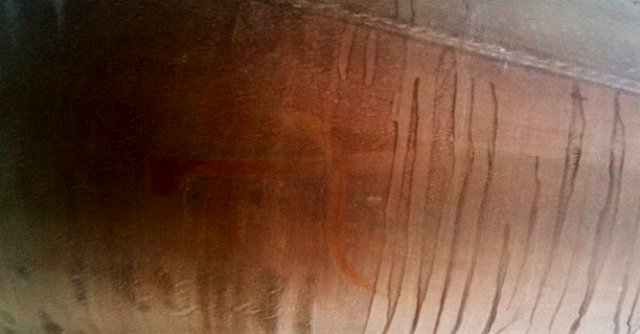 ...a Southwest employee, who said the markings are usually seen on the exhaust pipe of engines and look like swords... said he had not seen any 'Arabic' writing.

Here are some common “markings” found under jets. Left by ground crew on the nose gear cover. Very different from what they are finding now. Ground crews do this on many airlines. (heck, you should see what some passengers leave in the bathroom!) 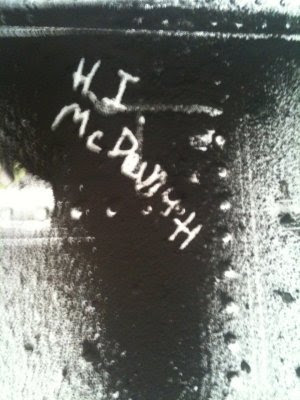 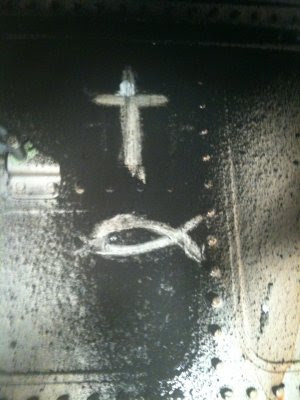 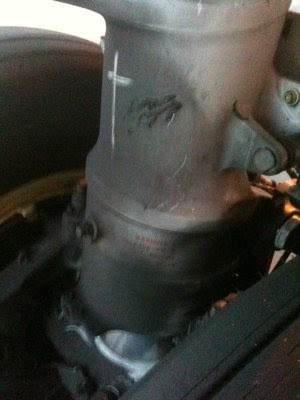 Notice, too, the flourishes on the scimitars. They are anything but crosses: the north-south alignment is wrong and the curved handles and blades are giveaways.

These scimitars are different.

so confederates marked planes which would be subsequently addtionaly prel-oaded with something others boarding later could use to transform the jet into a weapon. one piece at a time.

it strikes me a significant that some have one scimitar and some two.

this means to me that they are doing something in stages...

DHS to the rescue. once we get this deficit under control.

Darn! Southwest is the one airline I've always felt safe flying on, because in 30+ years of operation, they've had exactly 1 (I repeat, ONE) fatality. Their safety record is orders of magnitude better than others. Not to mention the fabulous service/people.

I'm puzzled and concerned about this. I can't tell if it's a joke or something real.

"Scimitars"? You've got to be kidding me. They're just squiggly lines. And even if they were "swords", they could just as easily be samurai swords or Euro-American style swords. And what terrorist would be idiotic enough to grafitti scimitars onto the bottoms of airplanes....