Say, I wonder if "America's first Jewish president" is aware of this?

Because they so deserve a state.

Clinton: Don't Even Symbolically Recognize Jerusalem as Capital of Israel 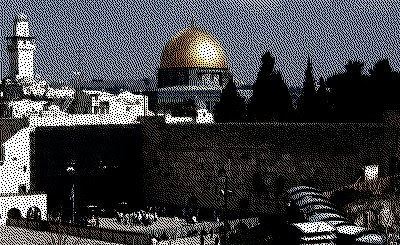 ...Secretary of State Clinton ... is warning that any American action, even symbolically, toward recognizing Jerusalem as the capital of Israel must be avoided for the reason that it would jeopardize the peace process.

Her warnings were issued in a brief she has just filed with the Supreme Court — in which she is arguing that a law she voted for when she was Senator is unconstitutional because it could require the U.S. government to give to an American citizen born at Jerusalem papers showing the birthplace as Israel...

...Hillary Rodham Clinton says she considers Jerusalem to be the eternal and indivisible capital of Israel and will be an active advocate if elected to New Yorks Senate seat to move the U.S. embassy to Jerusalem.

In a letter that became public Thursday, Mrs. Clinton wrote If I am chosen by New Yorkers to be their senator, or in whatever position I find myself in the years to come, you can be sure that I will be an active, committed advocate for a strong and secure Israel, able to live in peace with its neighbors, with the United States Embassy located in its capital, Jerusalem.

If you hadn't figured it out yet, here's a quick refresher course:

Because most Americans have conservative leanings, Democrats have to lie to get into office.

I'm sure there's a reason this was posted on a day most Jews are preparing for Rosh Hashana and probably won't even see it. Although, the NY Sun (while not very popular) is a right-leaning paper.

Regardless, anyone who thinks any Clinton has ever been honest needs serious psychological help.

Well I will recognize Jerusalem as the capital of Israel. Now, what?

The best thing is to bring this to the attention to Israelis, especially after a specious Jpost poll reported that poll finds surge in Obama popularity in Israel
http://www.jpost.com/DiplomacyAndPolitics/Article.aspx?id=239816