Islamic supremacism, triumphalism, and hurling insults against the soldiers who defend the rights they have chosen to mock and abuse...

"9/11 anniversary: Muslim protesters burn US flag outside embassy in London," by Andy Bloxam for the Telegraph, September 11:

A number of radical Islamic groups including Muslims Against Crusades (MAC) gathered outside the embassy on the 10th anniversary of the attacks.

The group of around 100 men shouted "USA terrorists", brandished anti-American placards and chanted through a loudhailer. 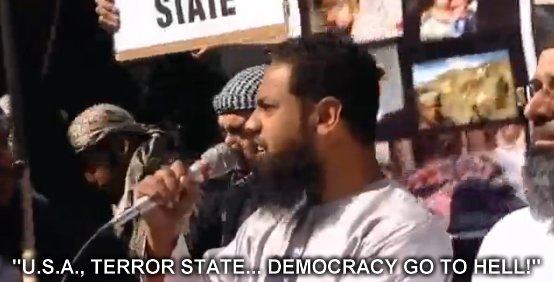 Several members of the Muslim groups made anti-American speeches following the flag burning. 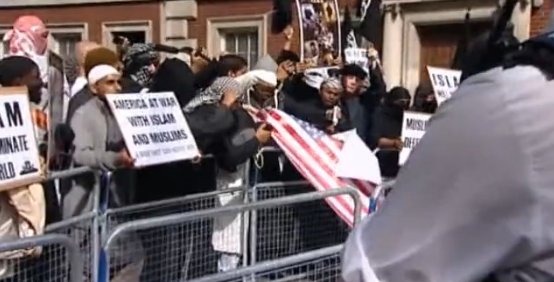 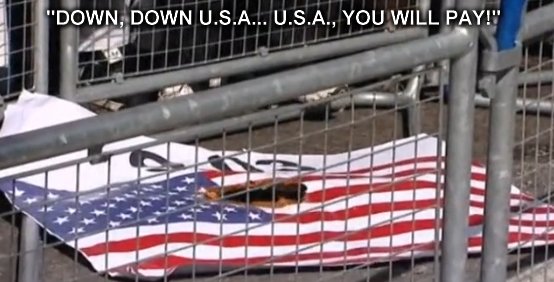 Another declared that America had been "defeated in Iraq and defeated in Afghanistan". 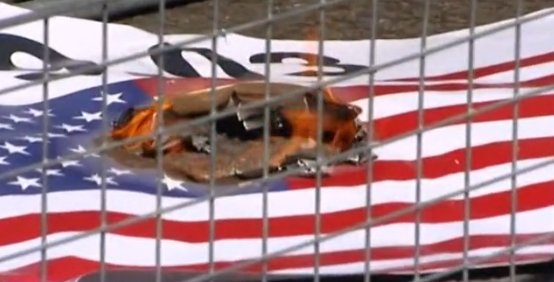 Members of the group publicly burned a poppy on Armistice Day in a similar stunt.

They have never advanced beyond the dark ages and want to drag the rest of the world back with them.

@Bones -- I think you're being generous with the era.

Perhaps not in my lifetime, but if they keep this crap up (as they most certainly will), it will not end well for these cockroaches.

Thank you for linking to my post, Doug. It's sick that the UK cops gave those cretins preferential treatment so they could desecrate our flag and scream their islamovitriol while not only stifling counter-protesters but also in failing to protect non-muslim civilians when the mohamadeen filth got violent!