Jan Schakowsky (D-IL) reveals her inner Marxist: Taxpayers "don't deserve" to keep their money because it rightfully belongs to the government

It's long past time that Americans began demanding that Congressional representatives honor their oaths of office. So when lawless, progressive kooks like Jan Schakowsky inadvertently reveal their true agenda, we can no longer sit idly by hoping for the best.

During an interview on Chicago's WLS AM radio with Don Wade and Roma, Schakowsky positioned the massive, bloated, federal government as the rightful owner of your property. 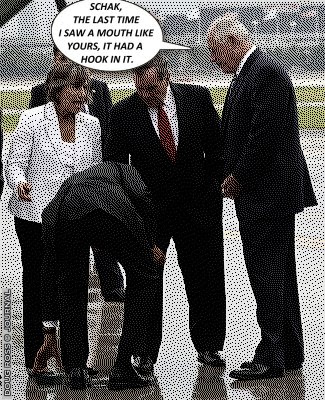 Schakowsky said that Americans don't deserve to keep all of their money because we need taxes to support our society.

"I’ll put it this way. You don’t deserve to keep all of it and it’s not a question of deserving because what government is, is those things that we decide to do together. And there are many things that we decide to do together like have our national security. Like have police and fire. What about the people that work at the National Institute of Health who are looking for a cure for cancer,” Schakowsky said.

Schakowsky also says one reason the 2009 stimulus bill did not succeed was because it was not large enough.

Schakowsky also admitted there are questions about the Obama administration's connection to the now bankrupt Solyndra solar panel company... The administration approved nearly $528 million in federal loans to the company, before Solyndra filed for bankruptcy... "You know, it certainly doesn't sound good. The Democrats are not going to shrink from actually, you know, from any kind of full investigation of that. If there is a problem we're certainly going to support the efforts to get to the bottom of this," Schakowsky said...

I won't hold my breath.

I call on the House of Representatives to censure Schakowsky for her gross violation of her oath of office.

AS I POSTED YESTERDAY, THE NY9 LOSS AND NY20 WIN SIGNALS TO THE DEMS THAT THEY CAN ONLY WIN WITH A THIRD PARTY CANDIDATE ON THE BALLOT.

I THINK THEY WILL TRY TO GET RON PAUL TO RUN IN SEVERAL STATES.

Fortunately, the crackpot Paul is forbidden from running as a third-party candidate now that he has filed as a GOP candidate.

(At least as it's been explained to me)

One of the intellectual founders of Progressivism, Woodrow Wilson, was very clear that the Constitution stood in the way of progress.

He thought that a ruling class of public servants would fulfill the spirit of the people and of the times in some Hegelian sense.

Boy, was he ever stupid.