The nut doesn't fall far from the tree: Debbie Wasserman-Schultz's parents involved in all kinds of skulduggery

DNC Chief and radical leftist Debbie Wasserman-Schultz has an interesting genealogical tree that (surprise!) hasn't been covered at all in legacy media. The Broward/Palm Beach News's exceptional investigative reporter Bob Norman offers the background on the cases involving Wasserman-Schultz's mother and step-dad: 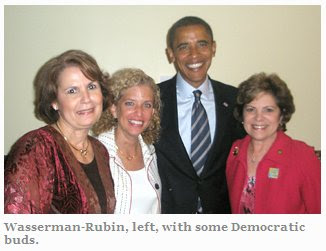 ...Rick Rubin was paid obscene amounts of money -- something like a million dollars -- by the town to write county and state "green space" grants that Wasserman-Rubin voted on. Based on one grant approval by Wasserman-Rubin and her colleagues, Rick Rubin received a $15,000 bonus.

A citizen named Ray McKinney got pissed off when he read it and sent it to the Florida Ethics Commission. Incredibly, the commission, one of the most useless governmental agencies ever created, actually hit Wasserman-Rubin with administrative charges and fined her $15,000... It was a small victory for anticorruption forces in Broward County -- a largely toothless dog bit Wasserman-Rubin and gave her a little bruise...

...The [scandal] effectively ended Wasserman-Rubin's career. Not long after we reported the existence of the criminal investigation, she announced in early April that she was abandoning her reelection campaign...

The Broward State Attorney's Office charged her with seven felonies.

Wasserman-Schultz's father is an equally fine, upstanding citizen. A couple of months ago, CBS Miami reported that Richard Rubin "was sentenced to 10 months in prison on Wednesday for tax evasion".

The husband of former Broward Commissioner Diana Wasserman-Rubin was sentenced to 10 months in prison on Wednesday for tax evasion... Sixty five year Richard Rubin, who pleaded guilty, was also ordered to serve three years probation and pay $104,671.08 in restitution.

...According court documents, Rubin willfully failed to report real estate commissions [and] and the sale of a condominium in Hollywood on his federal tax return... 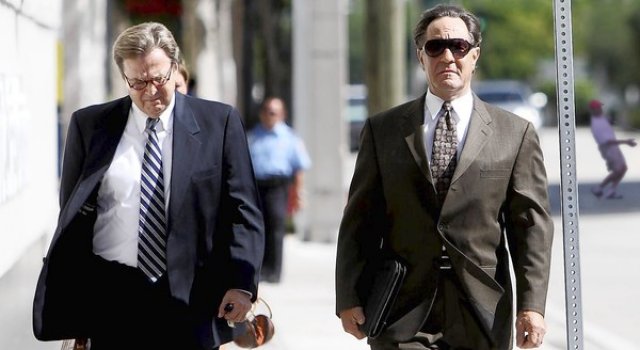 Last July, Rubin’s wife resigned her post on the commission shortly before she was charged with seven counts of unlawful compensation.

According to investigators, Wasserman-Rubin voted at least 15 times to support of fund grants prepared by her husband on behalf of the Town of Southwest Ranches. In addition to his normal compensation, Rubin reportedly received three $15,000 bonuses for his work on successful grants that were supported by his wife.

Under Florida law, elected officials are not allowed to vote on matters that could benefit them or their spouse.

Perhaps these articles help explain some of the lawless, unconstitutional and unethical behavior of Debbie Wasserman-Schultz. She seems to hold the citizens of America in contempt and is willing to lie over and over again to retain her white-knuckled grip on power.

What can you do? Please support Karen Herrington for Congress and put the rhetorical boot to Debbie's prodigious posterior.

not unlike the parents opf the chap chelsea married.

do a post of them and rangel and geithner.

Washer-Manhands is totally corrupted. She doesn't have a dog in the fight...she is the dog.

Oh my goodness I had no idea this 'Little Debbie' was such a crook. This is quite the site!

Pit of hell. When do real Americans begin to fight back?

lol, it's not a surprise is it?

now back to our regularly scheduled media program of charging catholic priests with 50 year old allegations.