Well, this should get you pumped up about Mitt's campaign. GovExec reports: 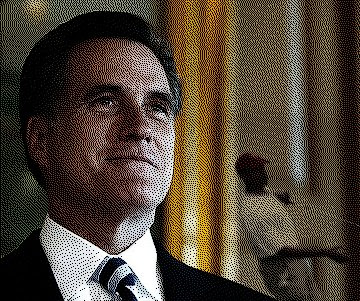 One of Romney's former top state environmental officials during his tenure as Massachusetts governor now oversees air quality at Obama's Environmental Protection Agency, playing a key role in the march of environmental regulations to fight climate change and slash pollution from coal-fired power plants that is regularly blasted by Republicans seeking Obama's job. Sometimes, even Romney himself.

...Gina McCarthy, EPA's top air pollution official... the EPA assistant administrator of the Office of Air and Radiation, has taken on much of the heavy lifting of writing, structuring, and implementing the rules.

"[EPA Administrator] Lisa [Jackson]'s the coach and Gina's the quarterback" in the work of rolling out new clean air regulations, said Daniel Weiss, an energy and climate policy expert at the Center for American Progress, a liberal think tank with close ties to the Obama administration. "She's running the plays, improvising on the line."

...Earlier this week, the Memphis Daily News reported that at a Tennessee fundraiser closed to the press, an attendee said that Romney "lambasted federal agencies -- specifically calling out the EPA -- as hamstringing businesses with regulations that he says are getting in the way of job creation."

With his shape-shifting policy positions and alignment with Leftist policies, Mitt Romney increasingly strikes me as Obama-Lite.

Let's see if I have this right.
As of today, the radical left anti-American media tell me the front runners for the Republican nomination are first, a former Gore campaign chief and professional politician who has given up on the idea of securing the border with Mexico and second, a metrosexual white speechreader whose plans for socialized medicine were hijacked by a metrosexual black speechreader.
Worse, all these guys seem to be able to do is attack each other, rather than what is destroying the country.
I'll say it now. Obama will win. The Democrats may well keep the senate, and the country is doomed.
Is it possible to have a more out of touch and incompetent RNC?

I wouldn't give up quite this early. Two reasons:

1) Primary voting doesn't even start until next year. Think where McLame was at this point in the 2008 race. He was, essentially, bankrupt and out of it. Anything can happen.

2) Think about how easy it will be to debate Obama. He's cannon fodder. A walking joke. 90 rounds of golf while the country is collapsing.

Anyone could beat Obama if they are articulate, trustworthy and intelligent. Anyone.

EPA tries to provide the nation a better place to live in. However recent issues about the EPA is also hard to ignore. I hope this will be resolved in Obama's administration.