Can you guess what the 'worst-run states in America' award-winners have in common?

The financial website 24/7 Wall St. analyzed the worst-run states in America. Can you guess what the worst three states have in common? 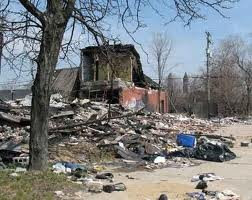 Michigan has arguably suffered more than any state in post-industrial America. The state is one of just four with a credit rating of AA-, although its debt per capita is actually below average. The state ranks among the worst in the country for violent crime, unemployment, foreclosures and home price decline.
Source: (September, 2011): From the Census Bureau’s American Community Survey for 2010, the percentage of residents 25 or older with a high school diploma 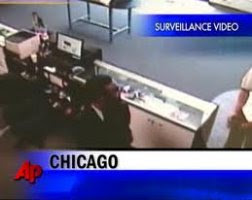 Illinois has fallen from 43rd last year to the overall second-worst run state in the country. The state performs poorly in most categories, but is worst when it comes to its credit rating. Illinois has a credit rating of A+, the second worst given to any state, behind only California. The state has been on credit watch since 2008 because of budget shortfalls and legal challenges against then-governor Rod Blagojevich. 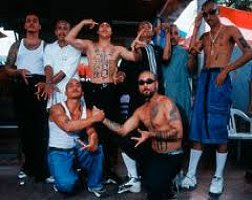 What they have in common is this:

• Decades of unchecked Democrat control at every level of government

• Massive, bloated, public sector unions that are intertwined with the Democrat Party and demand increasing percentages of the economy; they have but one aim: to enrich themselves at the expense of the taxpayer

You would think that someone in legacy media would actually analyze this data and report on it, but then again, I've always been a dreamer.

The ball really started rolling downhill with the discovery of the corruption at Bell, CA. Then the seams tore open and the millions of maggots fell out.

We (Illinois)will really have to try harder to out corrupt and socialize California…………………gee, how about open immigration and amnesty for all Mexicans?

We’ll keep trying if it bankrupts us.

Can you guys bail us out?
We’re too corrupt to fail.

Legacy Media? there is no media any more, legacy or not.

what there is, is a bunch of the same rabid hateful leftists who did this to our cities and our country (and continue doing it without end), except their job is to masquerade as something we used to call a "journalist" so they can ignore and hide the successes of their Marxist bretheren who control the government of this nation, and "report" on all the terrible things conservatives do like hire people and build things and create jobs.

Florida has never had unions and when they did they were never strong. Their unemployment is staggering especially around Tampa and Miami. The only people there who have insurance are mostly on Medicare. Reno, Nv. is at a stand still. Several other states. Alabama the bastion of conservatism has towns filing for bankruptcy.
Quit trying to make people think this is some kind of epiphany and now you've proved Democrats and unions are bad. It makes your party and agenda look bad.