2010 IS GOING TO LOOK LIKE A WARM-UP: Media skewing polls by double digits to make up for Obama enthusiasm gap

Call it the Obama reality deficit. The highlights of a roundup from Nice Deb should warm the cockles of your heart: 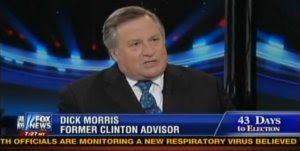 • Dick Morris: "I can’t predict what will happen November 6th, [but] if the Election was held today Romney Would Win by 4-5 Points. ... People need to understand that the polling this year is the worst it's ever been... this is the first election that where if I tell you who's going to vote, I can tell you how they're going to vote... and I'll be right two out of three times. Therefore, the issue is who is going to vote. Polling is very good at saying how you're going to vote, it's very bad at say who's going to vote. The models these folks are using are crazy. They're using a Democrat edge of six or seven points... I'm assuming a three point Democrat edge and even that is likely overstated. ...The people are overwhelming concluding that this guy isn't up to being President, and the media is trying to convince us [otherwise]."

• John Giokaris of Townhall: "The liberal mainstream media and blogosphere are desperately trying to write Romney’s funeral using polls that oversample Democrats by as much a D+10, D+11 and D+13. In 2008, an historic election wave for Democrats, the electorate was D+7. In 2004, when George W. Bush won re-election, the electorate was evenly split. In other words, D+0. So was the 2010 midterm election: evenly split. The Democrat share of the electorate is not going to double this year. Given the well-noted enthusiasm edgefor Republicans this year, the electorate is going to be far closer to the 2004 and 2010 models than 2008. Any poll trying to replicate the 2008 is going to artificially inflate Obama’s support." 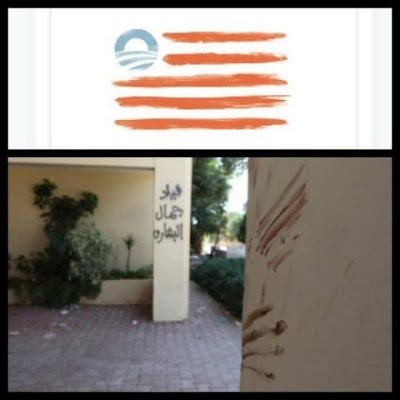 • Brian Cates of Draw and Strike: "...in 2008, Democrats DID outvote Republicans by +7. That was a historic wave election for the Democratic party; you’d have to go back decades to find another election where Democrats outvoted Republicans by anything like that kind of number. Usually the partisan split between Dems and Repubs is pretty damn close, and if it’s not tied within the margin of error, it’s between a +1 or a +3 advantage to whichever party gets the upper hand. So +7 was pretty damn eye-opening in 2008... Despite the fact that a lot has changed since 2008, many of these MSM pollsters are using a 2008 template for their polls... However, all the signs point to a big REPUBLICAN voter enthusiasm advantage in this election."

• John Nolte of Big Journalism: "If you’re going to believe the polls released from CBS/New York Times this morning — you know, the polls the media’s currently using to beat Romney senseless and to depress Republican enthusiasm, you have to believe that the turnout advantage for Democrats over Republicans will blow away every previous record and common sense."

• Jay Cost of The Weekly Standard confirms: "Yes, Most Polls (The Ones The Media Prefers) Are Giving Obama a Phantom 3-4 Point Edge"

• Nice Deb herself observes: "They’re trying to wrap this up before the debates even start, because I think they’re worried about the debates. I think they’re trying to get this election finished and in the can by suppressing your vote and depressing you so that you just don’t think there’s any reason to vote, that it’s hopeless. They want you making other plans... Open your eyes – it’s beyond obvious, now what they are doing."

That, my friends, is the critical point: Democrats are scared to death of the public reality check represented by the debates, as I wrote in "IT'S OVER: The Left's Information Warfare Campaign Has Failed -- and Mitt Romney is Going to Win This Election": 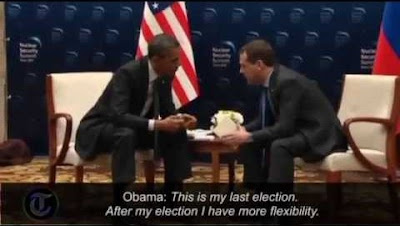 Write it down. Take it to the bank. This is going to be fun.

Thanks for an encouraging post. I have a few concerns, though.

First, Obama's debate performance will be carefully guided and protected by the moderators, all all ALL of whom are MSM Obama supporters. Not one conservative questioner in the bunch for any of the debates. The moderators will steer clear of questions that might trip him up, and they will suppress coverage of any slips that do occur. How much time did the MSM spend on the DNC God-booing following a rigged vote? They aren't even asking Obama about the slaughter of Americans in Libya, but instead succeeded in making it look like Romney is the incompetent one.

Second, how do we know what a poll's sampling sizes really are? As far as I can tell, analysts are relying on data provided in each poll's internals, wherein the poll-taker reports the percentages of each political party (and other demographic data) represented by the participants. Is there any objective data to support those reports, or do we just have to take their word for it? If they're willing to cheat to get results that put Obama in the lead, why wouldn't they also cheat in their reports of the sample sizes? In fact, why even bother conducting rigged polls in the first place? They could be saving a lot of money by making up EVERYTHING, without actually questioning anyone at all.

Third, I have an uneasy (and by "uneasy" I mean "gut-wrenching) feeling of deja vu. At this stage of the Obama-McCain campaign, right-wing blogs were obsessively analyzing polls (just like now) and attempting to explain why McCain was really going to win even though the polls said he would lose. The bigger wrench of my gut arises from the lackluster campaign being run by Romney, which reminds me not only of McCain, but also of Dole. Boring guys with admirable qualities that just didn't appeal to voters. I haven't been seeing much of Romney (is he even still campaigning?), and Ryan may as well be hiding in a stenchy cave. Maybe they aren't making an impression here because my state is not as hotly contested as some (I think my state is a lean R) -- but I am seeing a lot of Obama ads and not much Romney. Bad polling and bad campaigning sound exactly like McCain, and I don't think we should have a shred of confidence that Obama won't pull this off. Bribes and cheating have worked so well for Dems in the past.

So posts like yours are persuasive, but why I am still feeling so afraid?

1. Obama actually has a track record, and it is disastrous.

2. Insiders within the Obama campaign (mid- and high level) are circulating resumes.

Just off the top of my head.

No one who voted for McCain or sat out the election in protest will vote for Obama.

Plenty of people who voted for Obama are going to vote for Romney.

The RNC should invest into an advertising campaign regarding the propaganda machines skewed polls.

The framing will continue and no matter how bad he does Obama will "win" the debates. Most won't watch so they'll believe the spin that Romney gaffed left and right and threw out racist code words and was disrespectful.

Control of the narrative is powerful and the left, although proven corrupt to 60% of Americans, still influences the other 40%.

If I might interject one note of caution into your commentary? Dick Morris is an excellent political analyst, but his election prognostication skills range from merely bad to horrific. The fact that he's somewhat confident actually worries me.

I'm not so sure about this. I believe that the lying left wing media moderators, or the network execs. will make sure Obama has the debate questions beforehand. You don't think they will play nice, do you? The media is so in the tank for Obama that they will do anything for their boy, including cheat. Remember, to them, the ends justifies the means. Obama will be prepared. He will have his lies and spin ready to go. With the moderators' help, he will look prepared, on top of all the issues and "caring". Do not underestimate the underhandedness of liberals.