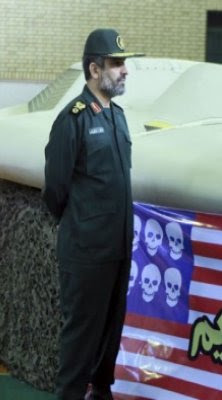 Krauthammer: If Romney Called KIDA in Libya Bumps in the Road 'It Would Be a 3-Day Headline': NB
On Polls: "Relax don't do it / When you want to go to it.": AmDigest
Jewish Dems warn Netanyahu to butt out of U.S. election: Hill

Don't Get Distracted by the State Department's "F*** Off" to a Reporter, Focus on the Questions: Instapundit
Something Is Wrong: Ben Stein
The dangerous spin we can expect from Obama at the UN : Bayefsky

QOTD: "Remember, FOX news is using Karl Rove and Dick Morris as their experts on this matter. Dick Morris of "the election will be between Condi and Hillary" and Rove of "ignore the media GWB, the people will too." Both men have their particular segment of the party they are working for/against. They don't turn that off when they go on Fox. Rove's career will be over if TEA Party types control the party. Morris' vendetta is against the Clinton wing of the Dems. Be wary of anything either man says in those directions." --American Digest

Nice Deb is off the air!

I noticed that the the bad guy in tonights CBS "NCIS" was a look alike for David Horowitz. Has anybody seen any other examples of this type casting.

I doubt Romney will win. The Majority of Americans want or are dependent on federal gov't support. There are newly 50 million living on food stamps, and another 86 million collecting federal entitlements. There are about 70+ Million americans near retirement and want thier promised entitlments. Consider that Ryan was booed at AARP during a speech.


Romney is a fool when he told the public that he would fire Bernenke. Bernanke through the full force of the Fed at pumping up the stock market right before the election with QE3 and propaganda.

In addition the Saudi's started driving down the price of oil. Also to help Obama win.

Romney has two strikes against him, and its very likely that the coming debate will be the third strike out for Romney, as Obama use spin tactics to take down Mitt.

BTW: I don't want to see Obama win, I am just a realist and see his campaign for what it is: a losing battle.