Who is Barack Obama? A must-read special report by The Washington Examiner is excerpted and illustrated below.


The Image and the Reality

Over the years and in two autobiographies, Obama has presented himself to the world as many things, including radical community organizer, idealistic civil rights lawyer, dynamic reformer in the Illinois and U.S. senates, and, finally, the cool presidential voice of postpartisan hope and change...

...Beyond the spin and the polls, a starkly different picture emerges. It is a portrait of a man quite unlike his image, not a visionary reformer but rather a classic Chicago machine pol who thrives on rewarding himself and his friends with the spoils of public office, and who uses his position to punish his enemies.

Peter Schweizer captures this other Obama with a bracing statistic in his book "Throw Them All Out," published last year...

In the Obama economic stimulus program's Department of Energy loans, companies owned and run by Obama contributors and friends, like Solyndra's George Kaiser, received $16.4 billion. Those not linked to the president got only $4.1 billion. The Energy Department is far from the only federal program in which favoritism has heavily influenced federal grants.

To paraphrase Tammany Hall's George Washington Plunkitt, Obama has seen his opportunities and taken them, over and over.

A Childhood of Privilege, not Hardship 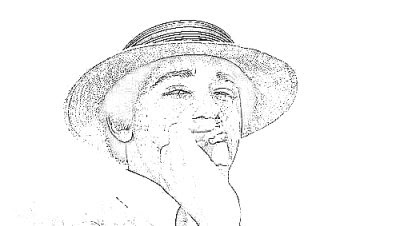 First lady Michelle Obama told the Democratic National Convention that "Barack and I were both raised by families who didn't have much in the way of money or material possessions."

But... Obama lived in a "well-off neighborhood near the University of Hawaii where Barry, as he was known, resided in a comfortable home with his mother and her parents before she took him to Indonesia."

Tellingly, Obama has never lived in a black neighborhood. Maraniss reported in his book that when leftist activist Jerry Kellman interviewed Obama for a community organizing job in Chicago, he asked Obama how he felt about living and working in the black community for the first time in his life.

Obama accepted the job but chose not to live among those he would be organizing. Instead, he commuted 90 minutes each way daily from his apartment in Chicago's famous Hyde Park to the Altgeld Gardens housing project where he worked...

A Pattern of Minimal Performance 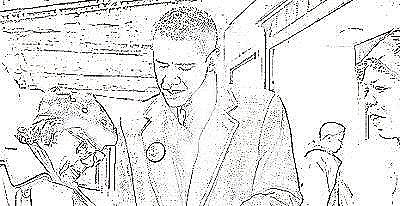 In the state Senate during the same years he was lecturing, Obama voted "present" nearly 130 times, the most of any legislator in the chamber.

When then-Sen. Hillary Clinton made Obama's state Senate voting record an issue in their Democratic presidential primary contest in 2007, the New York Times said it found at least 36 instances when Obama was the lone "present" vote or was one of six or fewer lawmakers casting that vote.

The 1997 Speech That Launched Obama 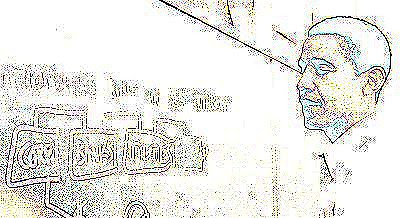 Few doubt that Barack Obama's stirring oration before the 2004 Democratic National Convention vaulted him into the national limelight... But another, less-heralded Obama address -- delivered on Valentine's Day 1997 at First Chicago Bank -- was equally essential to his later successes. Without it, it is doubtful that he would have ever been in position to assume so prominent a role in 2004.

...people interviewed by the Examiner who heard him speak say Obama laid out a powerful vision for a political strategy that ultimately reshaped housing activism on the Left, first in Chicago and then nationwide...

...He was drawing from the same well that had produced the Community Reinvestment Act, relaxed federal standards for mortgage qualifications, and creative financial packaging of subprime loans, but doing so in a manner uniquely matched to conditions on the political ground of Chicago...

Chicago thus became the proving ground for Obama's vision, which, according to LISC spokesman Joel Bookman, "really changed the direction of community development in Chicago and ultimately nationally." ... It was an irresistible combination of money, politics and idealism that also offered endless opportunities for greed and tragic abuse of the poor. 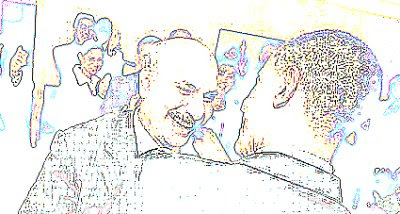 In March 1994, a year before "Dreams" was published, Obama was the lead defense attorney on an obscure case in Cook County Court that has heretofore escaped examination by the national media.

In this case, Obama defended a Chicago slumlord and powerful political ally who was charged with a long list of offenses against poor residents... Brazier's WPIC had failed for nearly a month to supply heat and running water for the complex's 15 crumbling apartments. On Jan. 18, 1994, the day the heat went off, Chicago's official high temperature was 11 below zero, the day after it was 19 below... Even worse, the residents were then ordered to leave the WPIC complex in the winter chill without the due process they would have been afforded by an eviction procedure.

Obama's Harshest Critics on the Left 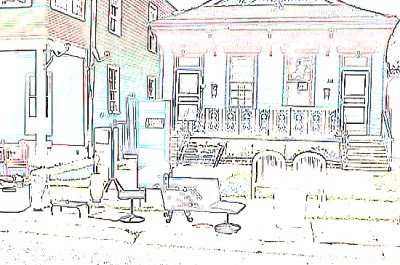 Robert Stark, director of the liberal Harold Washington Institute for Research and Policy Studies, told the Examiner that the demolition effort required to clear the way for the new affordable-housing projects advocated by Obama was disastrous for low-income blacks on Chicago's South Side...

...Obama's toughest critic on the Left, however, was the late Robert Fitch. Fitch, a radical leftist and freelance journalist who specialized in urban politics and economics, said Obama surrounded himself with people who got rich on Chicago's $1.6 billion neighborhood demolition program known officially as the Plan for Transformation.

At least 25,000 low-income apartments in Chicago were destroyed under the program, which forced thousands of black families -- many of whom lived in Obama's state Senate district -- to move out of the city. Obama's political allies directed the effort.

"What we see is that the Chicago core of the Obama coalition is made up of blacks who've moved up by moving poor blacks out of the community," Fitch charged in a 2008 speech before the Harlem Tenants Association... Obama sold out to a corrupt Chicago establishment. "Obama's political base comes primarily from Chicago FIRE -- the finance, insurance and real estate industry," he said.

The Poor People Obama Left Behind

Four years after Barack Obama's historic election as president, little seems to have changed for the African-American communities on Chicago's South Side. The lack of change -- or the sense that these neighborhoods are getting worse -- is eroding the president's standing among African-Americans in his hometown.

In 2011, Chicago suffered the third-highest black jobless rate among the nation's major metropolitan areas, at 19 percent, according to the liberal Economic Policy Institute... Chicago still lacks enough affordable housing. Not only did the city demolish 25,000 public housing units in the previous decade, it also experienced more than 80,000 foreclosures, mainly in low-income neighborhoods.

Chicago "black nationalist" Eddie Read contends Obama has never fought for the black community. "I would not honestly tag Obama as a fighter for black people, black agenda or black issues," Read told The Washington Examiner... After Obama's election, Read said, "I hoped that it would change."

...D'Anna Carter, a neighborhood activist in Chicago's Woodlawn section, singled out the Habitat Co., which was run by Jarrett, now Obama's closest White House adviser... "They were never interested in poor people," she told the Examiner. "They would sell poor people a bill of goods," she said bitterly in an interview.

The Myth of Obama as State Senate Reformer 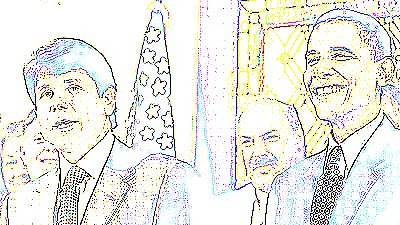 An Examiner review of a reform-minded state legislative caucus known as the "Fab Five" from 1995 to 2000 identified 22 proposals, including sweeping government procurement reforms like requiring open, competitive bidding for state contracts. Obama missed votes on several of the proposals, and those he supported were approved unanimously.

"He was nowhere to be found on reform," Fab Fiver Chris Lauzen told the Examiner. "I reached out to Barack. My wife and I took Barack and Michelle to dinner."

...Some of Obama's reluctance about the Fab Five may have stemmed from his occasional golf outings and lunches with the state's top gambling lobbyist, Alfred G. Ronan. Ronan was well-known in Illinois political circles for passing out cash contributions to supporters off the floor of the legislative chambers. Obama himself took $10,500 from Ronan and changed his position on a gambling bill afterward, according to the Los Angeles Times...

Cynthia Canary, former director of the largest statewide reform organization, said Obama's endorsement of Rod Blagojevich and other Daley allies worried her... "Obama has made a number of endorsements, not just the Blagojevich one -- he gave a number for the Chicago City Council that were complete whack jobs. I have never understood it or why he felt he needed to it," she said. 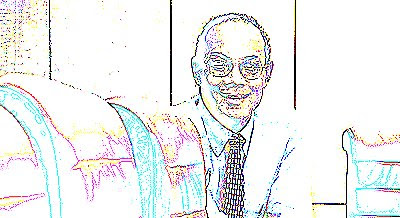 State Sen. Barack Obama and members of an Illinois lobbying group representing politically connected minority-owned businesses launched a campaign in 2000 to pressure state pension funds to help their friends and donors... Obama and his cohorts targeted state officials in charge of pension funds for teachers, police and firemen, and regular government employees.

Much as the Rev. Jesse Jackson had been doing for years to Fortune 500 corporations, Obama and the Alliance of Business Leaders & Entrepreneurs, or ABLE, demanded that the officials set aside at least 15 percent of pension assets for management by minority-owned investment companies...

John Rogers, Ariel Capital Management's CEO, and James Reynolds, founder of Loop Capital, were ABLE leaders and longtime Obama supporters... Even so, things did not go well a few years later. Ariel and Holland were terminated by ISBI and SURS for what pension board officials described as "underperformance."

Rogers also wasn't helped when U.S. Attorney Patrick Fitzgerald revealed in federal court proceedings that Rogers had given $22,500 to bundler Tony Rezko, who was later convicted of influence peddling... Rogers' money was destined for the campaign of Gov. Rod Blagojevich, who, like Rezko, is now serving a federal prison sentence for public corruption. No charges were ever filed against Rogers in connection with the $22,500.

Rogers remains an Obama confidant. He has visited the White House at least 37 times since Obama's 2009 inauguration for both business and social meetings.


Based upon: Washington Examiner Special Report - The Obama You Don't Know. This is Part I of the report. Stay tuned for Part II.

I guess you're right, you hick. These are wonderful filters! Masterful pieces of art.

Ah yes. A "life". I'm sure you know all about that, Shayne. Now go support Israel and write some more shitty fan fiction.

@Anon - way to fixate on the small stuff, Einstein.

The point is: we have a Chicago machine pol in the White House, draining the U.S. of vibrancy while enriching his friends and punishing his enemies.

Aside from the highly intelligent and thoughtful feedback from the anonymous douche-nozzle, I would like to interject that the photo filters are apropos to the subject matter.

The photos are devoid of any true color or substance, as are the subjects of the photos. I would dare characterize it as avant-garde.

I would also characterize the anonymous tool as a pederast asshat.

Has anyone ever told you that you look like a pedophile?

You're an idiot. All of that content and that is what you came up with?
Who cares if he used photoshop filters?